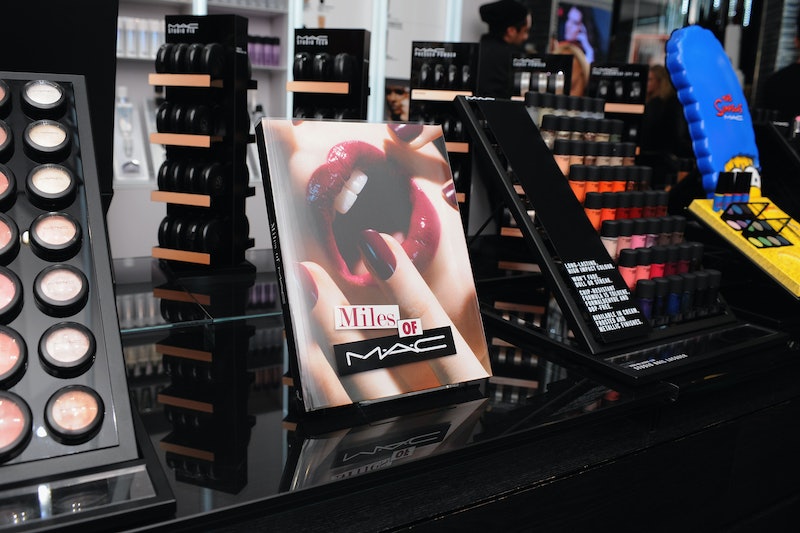 The Hunger Games is almost here. Sure, Mockingjay: Part 1 may have hit theaters on Friday, but the real battlefield doesn’t begin until Friday. Black Friday, that is. The unofficial annual shopping day has been getting some negative attention for its long hours and (sometimes) violent tendencies. However, shoppers can’t get enough of the deals, so retail stores continue to deliver. MAC's Black Friday deals are particularly worth getting excited over.

I’ve said it before and I’ll say it again: Christmas is the perfect time to get new makeup. You might as well stock up during the holiday season when the packaging is shiny and sparkly. Of course, MAC Cosmetics is all on board with the shimmer. They’ve released a special line exclusively for the season, in fact. Keep doing you, MAC.

However, the real question is where to go to get the latest MAC goodies on Black Friday. Since the brand can sometimes be found at multiple stores around the mall, it’s important to know where to go to find (and get the best deal on) the perfect MAC goodies.

Lo and behold, here are the exclusive MAC deals at your favorite stores. Here are five Black Friday and Cyber Monday discounts on all of your favorite cosmetics. Because the only holiday research you should do is on the best pumpkin pies.

There don’t seem to be any special discounts (remember that theory that makeup will NEVER go on sale?) but the brand is selling an exclusive "The Smoky Black Friday” Veluxe Pearlfusion Shadow palette on its website.

They haven’t advertised any makeup deals, but the department store is offering $15 worth of b.Money for every $100 on Friday from 7 a.m.- 1 p.m. You might as well buy a free lipglass after splurging on a Kate Spade watch.

On Black Friday, they’re only offering an additional 20 percent off sale items. Since every beauty guru knows that makeup rarely (if ever) goes on sale, we’re pretty much out of luck here.

They’ve been pretty quiet about their Black Friday deals. Although they have some great deals on UGG boots and Michael Kors, they haven’t advertised any makeup discounts.

So, the final verdict? Looks like Macy's is your place to go if MAC's on your wishlist.

More like this
The Best Of June's Beauty Launches, According To Our Editors
By Bustle Editors
11 Fresh Fragrances Perfect For Summer
By Paris Giles
’90s-Inspired Goth Glam Is This Summer’s Sultriest Makeup Trend
By Danielle Sinay
This Blurring Balm Is The Ultimate Mattifier For My Oily Skin
By Danielle Sinay
Get Even More From Bustle — Sign Up For The Newsletter