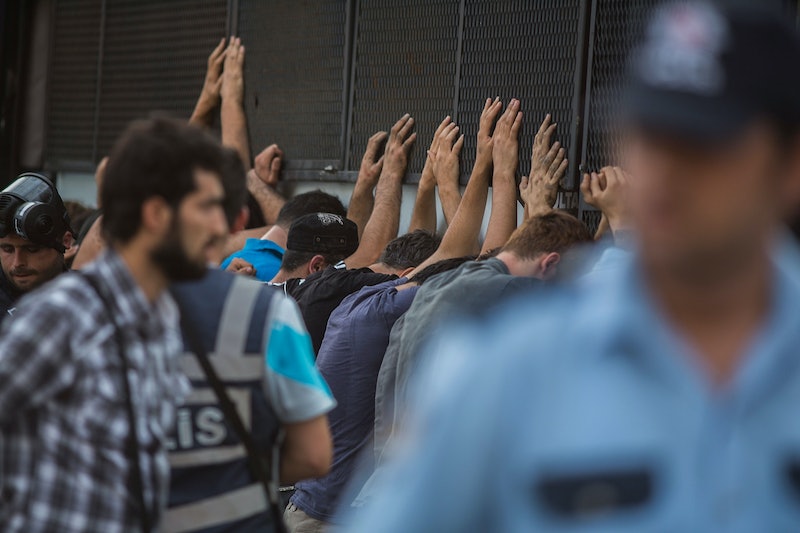 Amidst escalating unrest in Turkey, two unions and three professional organizations have organized a nationwide strike to demand an end to the violence perpetrated by police against demonstrators.

Protests and riots continued throughout the weekend, despite Prıme Minister Recep Tayyip Erdogan's claim last week that he would halt building on the park that sparked the protests on May 28. As demonstrations continued over the weekend regardless, it appeared the concession was too little too late for activists.

According to the Turkish Human Rights Foundation, five people have died and over 5000 have been injured since protests began.

On Sunday, Erdogan rallied hundreds of thousands of supporters and made a two-hour long speech, where he called the opposition “terrorists” and accused the foreign media of “fabricating” news.

The interior minister has issued a warning to the union workers “not to participate in unlawful demonstrations—otherwise they will bear the legal consequences.” Ergoden is now threatening to deploy Turkey's army to quell the protests.