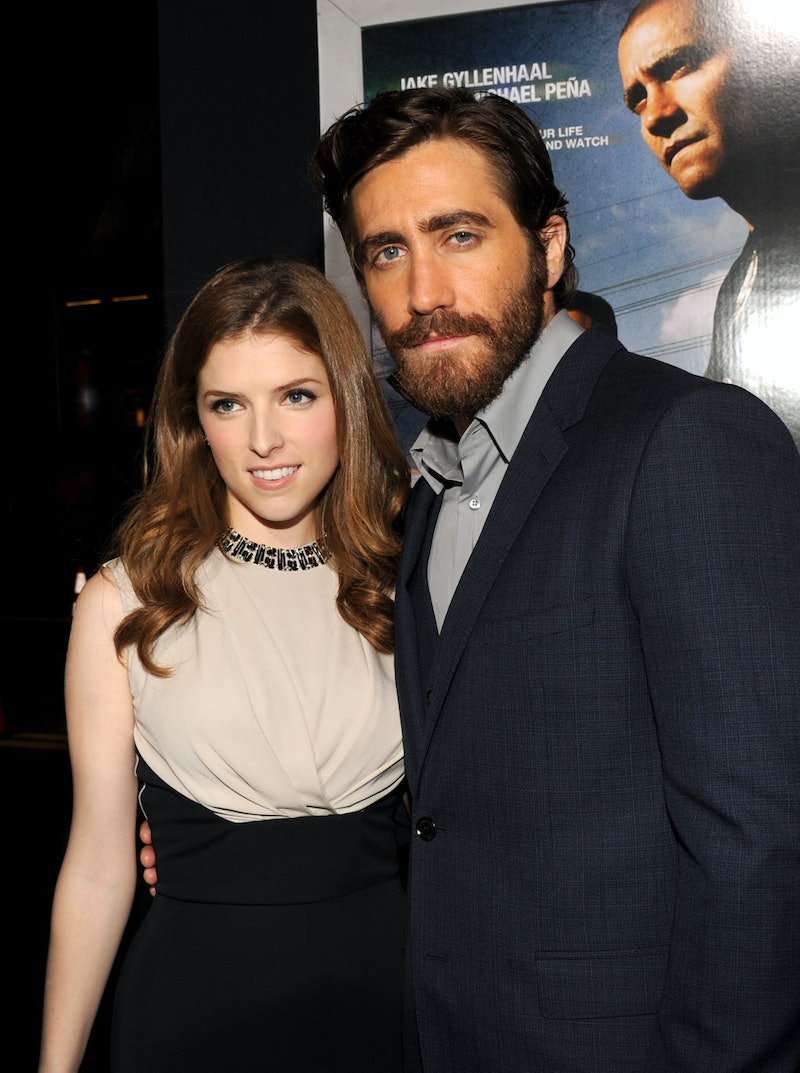 It may not be "Blank Space" worthy, but Anna Kendrick's angry text to Jake Gyllenhaal is close. In her case, it wasn't about a romantic relationship — it was just about dropping out of Into the Woods. Though Gyllenhaal wasn't set to play opposite of Kendrick directly, he was going to star as the prince who woos Rapunzel in the famous musical. "I was so pissed at Jake, let me tell you. I texted him and said, 'You’re abandoning me, and I’m never going to forgive you!'" she told The Daily Beast. His reasoning behind skipping out on the huge role was warranted, though — he was playing the lead in Nightcrawler, and Kendrick understood as soon as she saw him in the shocking role that he dropped 40 pounds for. "And then I saw the trailer to Nightcrawler and texted him again and said, 'Wow, you inspire me every day.'" Apology accepted.

When it comes to getting into the mind set of a princess for Into the Woods, she was excited that Cinderella wasn't all about getting a man. "To me, what’s interesting about this particular Cinderella story is that not only does she say, 'Getting a man isn’t everything and I choose something else,' but she’s also saying, 'Just because my lot in life improved a bit doesn’t mean I don’t deserve better.'"

Kendrick doesn't just feel this way about princesses, though. For her, real-life heroines are women who choose to be brave and face the unknown. "There’s something to be said about women standing up for themselves," she explained. "I know there are women who stay in relationships because they’re afraid of the devil they don’t know, and for somebody who comes from a home of abuse and neglect to marry a prince and then say, 'This is not good enough… I want something authentic' is very brave."