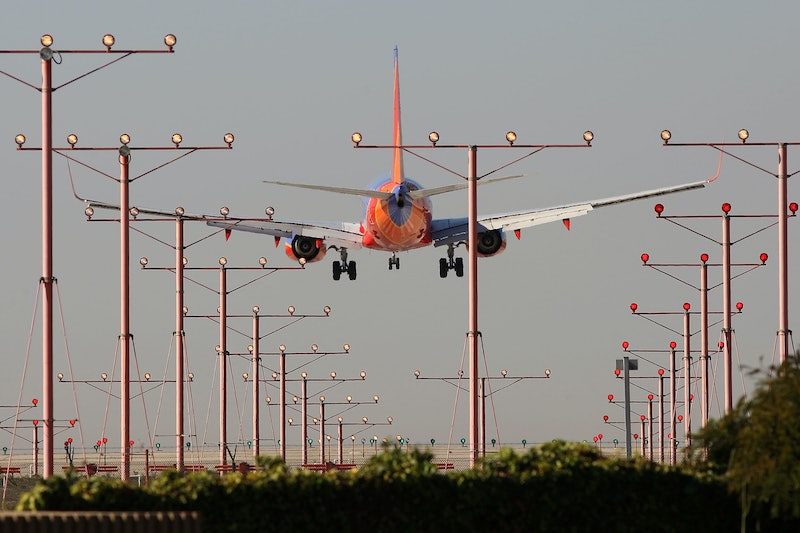 Your travel plans may have a new companion in tow, Winter Storm Cato, who may be even colder than your newly divorced uncle. As the storm dumps rain and snow on the East Coast, here's how your Thanksgiving travel plans may be affected.

Cato is poised to cross Florida on Tuesday and move up the East Coast through that evening and into Wednesday. On Tuesday, light snow will begin to fall on the Carolina-Tennessee border, but the majority of the precipitation spreading through the East Coast will still be in the form of rain. By Wednesday morning, all the way up to New York City, there could be a mixture of rain or light snow.

But brace yourself for Wednesday, when Cato really expands its grasp. The snow or rain target will drastically expand over the Northeast, close to the Interstate 95 corridor. In areas with heavy precipitation, such as West Virginia, central Pennsylvania, and the Catskills, low pressure may sweep upward, which could cause snowfall to start accumulating on the ground, and quick.

This snowfall will mainly affect drivers, who could be facing slippery, snow-covered roads on one of the busiest travel days of the year. Great timing, Cato.

That purple area is the stuff you do not want to be in. We'll let Frozen take it from here on that one:

Unfortunately for fliers, that means you might need to prep for cancellations if you're in the heavily affected areas. The storm will become a Nor'Eastern, which could mean pretty nasty conditions. But don't think you're completely out of it, rest of the country.

You see that blue sweeping through the upper Midwest? That's all for you, friends. It's much more mild than the on the East Coast, but if you're like me and believe that snow is all of your hopes in dreams burning up into the sky and then raining down again in frozen-ash form, then brace yourselves.

Oh, and as for all of you in the West and South? Bless you and your luck for picking warm climates to be in. The only snow accumulation expected in those areas is at the very, very tip of the West Coast. Please send the rest of the country warm vibes and stop romanticizing snow. Really. It isn't fun for more than about 10 minutes, and we really don't appreciate it.