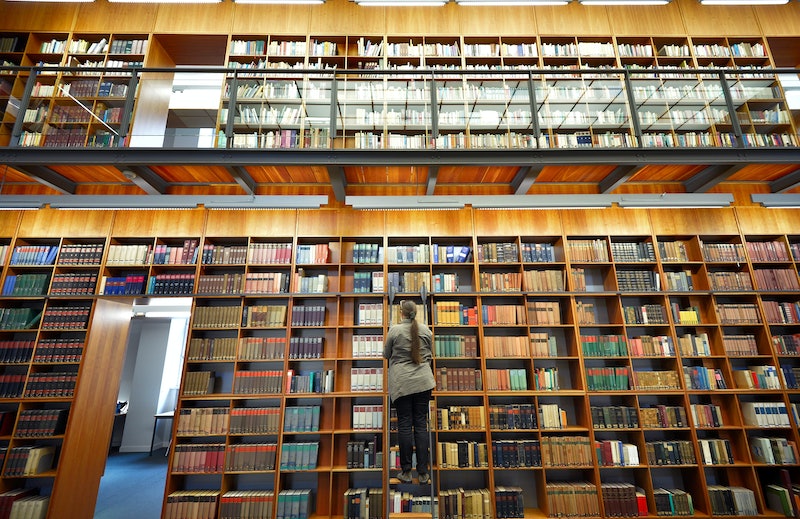 The grand jury decision not to indict Ferguson police Officer Darren Wilson in the death of 18-year old Michael Brown has left people across the country feeling enraged and powerless, but an outpouring of support on Twitter to donate funds to the Ferguson Library has become a bright spot amid what many perceive to be an otherwise bleak situation.

The library announced that it would remain open “as long as it is safe for patrons and staff. If the Ferguson-Florissant schools close, we will be hosting activities for the children. We will do everything in our power to serve our community. Stay strong and love each other.”

The library has seen a huge bump in donations over the last twenty-four hours, and in a statement to BuzzFeed News, Library Director Scott Bonner said:

I don’t feel comfortable sharing how much we’ve received yet, in part because it just doesn’t seem real yet, but I can say that over 2,000 people have donated, that the figure is 5 digits. What I hope is that I can hire a full-time children’s/programming librarian because of these efforts. Right now, I’m the only full-time person at the library, so my capacity for handling programming is limited. With a second, specialized librarian, our power to help the people of Ferguson will increase many times over.

Public figures and authors like Rachel Maddow and Neil Gaiman have tweeted their support, and a seemingly small grassroots campaign has turned into something much bigger. It’s about books, and community, and finding a way to bring people together and support the town of Ferguson in ways that are much more helpful than sending 140 character tweets — although tweets help, too.

You can show your support and donate to the Ferguson Municipal Public Library here. If you had a soft spot for libraries before, it probably just multiplied by about 20.