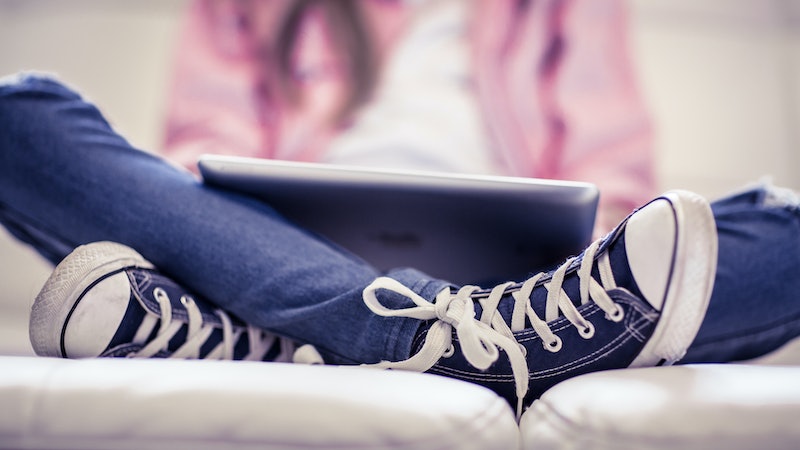 Here's some good news to start your weekend: the CW, home of adolescent dramas like Gossip Girl and The Vampire Diaries, is developing ZE , a series focusing on a transgendered teen. The drama, written by playwright Kyle Jarrow (A Very Merry Unauthorized Children’s Scientology Pageant) and produced by Michael London (Milk), will center around a FTM teenager whose transition affects the lives of his family and the surrounding public.

Described as a "raw, quirky family drama," ZE, named for a non-gender-specific pronoun, would be the first TV series to feature a transgender lead character. Hollywood has historically been unwilling to show transgender people in movies and film, and it's about time that things started changing. Other shows like Degrassi and Orange is the New Black have featured transgender characters before, but never as the main character.

ZE is an enormous step for the on-screen depiction of transgender men and women, and hopefully, if it's successful, it'll increase viewers' awareness of the struggles and challenges faced by trans people. Regardless of how the series does, simply the fact that its being developed in the first place is a huge sign of progress.

ZE would be revolutionary on any network, but it's especially important that it's being produced by the CW. The network's primary audience is teenagers, and transgender youth are some of the most oppressed people in our country. When more than 50 percent of trans kids and teens will attempt suicide by the time they turn 20, it's absolutely crucial that Hollywood doesn't marginalize them more than they already are.

For transgender youth, a show like ZE would help them feel like they're not so alone, and for everyone else, it would provide some very necessary education.