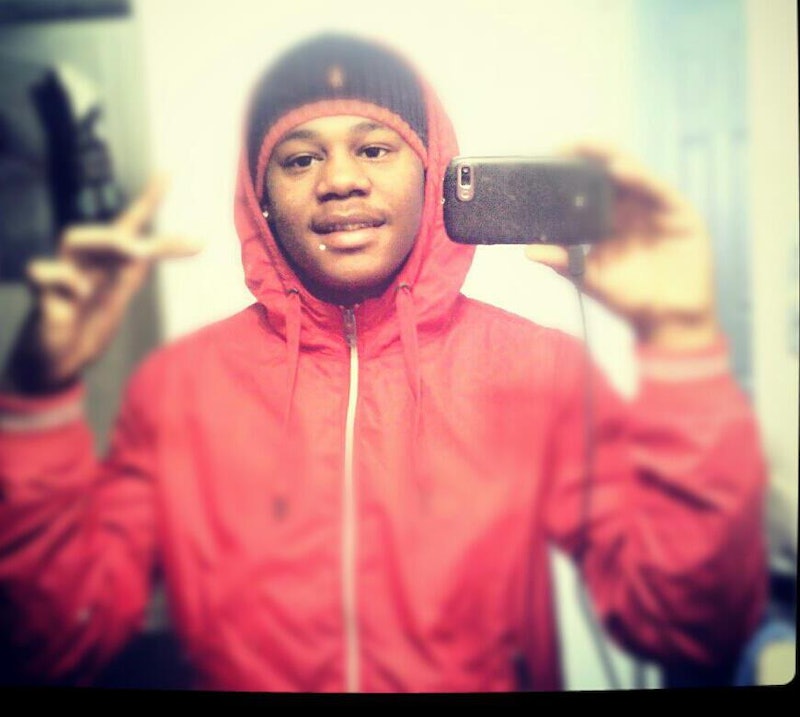 Ferguson is still reeling from the death of Michael Brown, and on Tuesday another young black man was found dead in suspicious circumstances. 20-year-old DeAndre Joshua was found dead in a car near the complex where Officer Darren Wilson shot Michael Brown; USA TODAY did not report how Joshua died, but CNN reports that he was shot in the head and that a fire accelerant was used on his body.

O Tuesday morning, a resident of the Canfield Green Apartments saw Joshua's body behind the wheel of a white Pontiac Grand Prix with bloodied shattered glass near the car. Police are investigating his death as a homicide, and have not ruled out that the death could be linked to the protests in Ferguson on Monday night, which erupted after Prosecuting Attorney Bob McCulloch announced the grand jury would not indict Wilson. Joshua's family says they believe that the shooting was tied to the unrest.

The St. Louis Post-Dispatch reported that there was a woman near the scene while police were investigating who was crying and pacing. Though officers tried to restrain her, the woman got close enough to see who was in the car. "They killed my baby," she said.

Richard Taylor, a Ferguson resident who lives nearby the complex, said that he overheard four people with guns near the scene saying that they wanted to kill someone. Taylor called the police, but they never showed up.

I knew it was going to be true. When I got up this morning, I saw this.

Joshua was reportedly a friend of Dorian Johnson, who was with Michael Brown when he died.

USA TODAY reports that as the police towed away the car, Joshua's grandmother Renita Towns expressed a lack of faith in the police in investigating her grandson's death.

Since November, St. Louis has hosted 1,000 extra police officers, 100 FBI agents, the National Guard, and representatives from the Department of Homeland Security and FEMA. According to Politico, most of the damage and violence that occurred on Monday were concentrated on the parts of Ferguson with a heavier black population.

Protests have continued in Ferguson, but on a much smaller scale. On Tuesday, 45 people were arrested. The St. Louis County Police Chief Jon Belmar deemed it "a much better night."