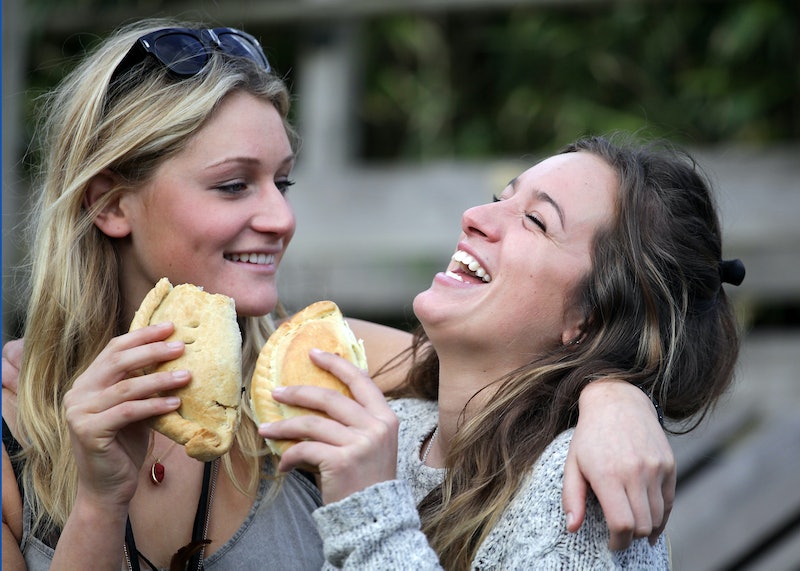 It turns out that one of the great divides in humanity is not quite as stark as we have always assumed: psychologists now say that it is possible to be both an introvert and an extrovert. Seriously? What's next, dogs and cats living together?

Apparently when it comes to being an introvert or an extrovert, there is also some middle ground, occupied by people known as "ambiverts." Ambiverts either don't strongly exhibit either traditional introvert or traditional extrovert traits — for instance, not feeling particularly strongly about spending time alone or about spending time with a group — or else alternate between displaying introvert and extrovert traits — for instance sometimes really wanting to be alone but roughly as often really wanting be with a group. In other words, they just don't fit neatly into either category, and so instead have their own.

So wait, if there's no hard and fast line between being an introvert and an extrovert, how do you tell the difference? Are these labels absolute, or is there really some sort of spectrum with no clear cut offs? Is everything just chaos and anarchy now? And most importantly (since I know we're all secretly narcissists) how are we supposed to classify ourselves now?

It's like we've been lied to our entire lives.

So what's the deal with this really. Well, apparently, it comes down to a person's level of neocortical arousal. The neocortex is a region of the brain that is responsible for all sorts of higher functioning process, and it seems that there's an optimum amount that you want the neocortex to be stimulated. Too much stimulation and you get stressed out; too little and you'll feel bored. People who naturally tend to fall somewhere short of optimum neocortical arousal need extra stimulation, and so tend to be extroverted. People who tend to exceed optimum neocortical arousal on their own tend to want less stimulation and so tend to be introverts.

And ambiverts? Their brains tend to either naturally have about the optimum amount of neocortical arousal, or else their level tends to fluctuate — sometimes they're under-stimulated, sometimes, they're over-stimulated.

And it has benefits. "Ambiverts are in that nice zone, in that sweet spot, where they're able to act out of character as a pseudo-introvert or a pseudo-extravert, without paying the nervous system costs," psychologist Brian Little explained to the Huffington Post. And that has a lot of social advantages.

But it seems there are also financial benefits as well; studies suggest that ambiverts are actually the most successful in certain business areas, outdoing both extroverts and introverts. Being able to strike a balance — being outgoing and enthusiastic while also being a good listener and not being so upbeat it seems untrustworthy. They're also more flexible, and more emotionally stable, which is beneficial in...well, just about everything.

So are you an ambivert? Who knows, but it might pay to find out...