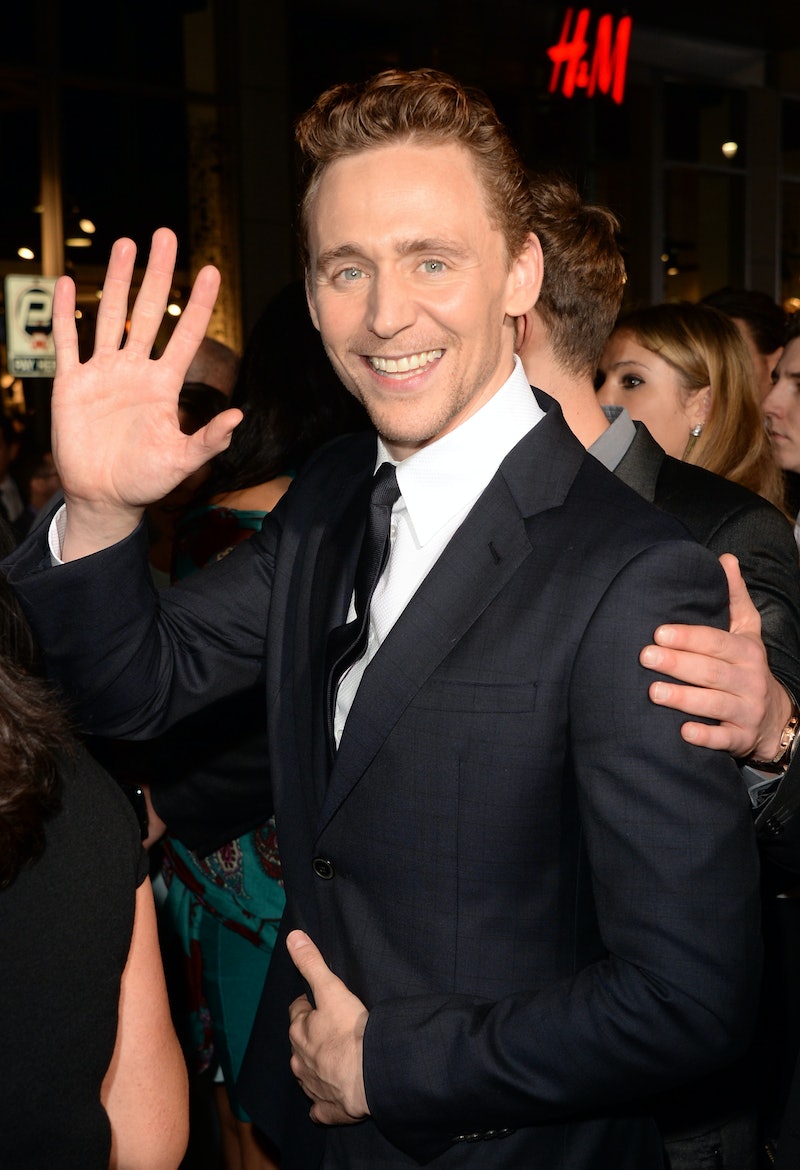 Thanksgiving is right around the corner, which means you better get ready to stuff your face and relax! That's right, after you're done eating turkey (except for me, who doesn't eat meat), stuffing, and yummy mashed potatoes, you can sit back, relax, and snuggle with a blanket on the couch and your loved ones. What better way to enjoy your holiday than by watching movies starring Tom Hiddleston? Seriously, they make for a lovely time for everyone. If you don't own any movies (what's wrong with you?!) with Mr. Hiddleston, luckily, you can stream him directly on your TV, computer, tablet, phone, or whatever device you have handy thanks to Netflix!

The bad news? There are only six movies available for streaming. The good news? That's six more than you started with. The best part? It's a wide variety showcasing Hiddleston's acting abilities. From the beloved evil Loki to starring in a TV series to playing a singing pirate (yes, you read that right!), Hiddleston has quite the acting resume. This will surely improve your Thanksgiving (or whatever day you're reading this on...). Plus, who doesn't want to give thanks for having Hiddleston in their lives? Now, let's check out each movie.

The Avengers aka Hiddleston Being a Bad Boy

As we all know, Hiddleston plays Marvel villain Loki in The Avengers, which revolves around an all-star lineup of superheroes. In real life, he seems like such a nice and friendly guy, which makes it that much more fun to see him showcase that fictional evil side.

Exhibition aka The One Where Hiddleston Sells Homes

In this 2013 movie titled Exhibition, Hiddleston plays real estate agent Jamie Macmillan. It follows two married artists who decide to sell their home "that's been their refuge from the world (and each other)." Raise your hand if you would absolutely hire Hiddleston to sell your home. Yep, me too.

Unrelated is no way unrelated to Hiddleston, as he portrays Oakley — some dude with one of the coolest names ever. The movie focuses on a middle-aged woman dealing with a struggling marriage. She decides to take refuge with her friend on vacation, but soon becomes interested in hanging with a "flirtatious teenager." Of course, the leading lady shares sexual tension with Hiddleston's character... duh!

In this British TV series starring Kenneth Branagh (Gilderoy Lockhart in Harry Potter) as police inspector Kurt Wallander, Hiddleston starred in six episodes as Magnus Martinsson. Why does he get all of the cool names? Oh, yeah, because he's so freaking cool. FYI: Hiddleston is part of Wallander's team.

Archipelago aka The Drama Where Hiddleston Wants to Go to Africa

This 2011 movie features Hiddleston as Edward, a man getting ready to venture off to Africa for a year. Before he jets off, Edward's family gathers for a vacation, but tensions soon surface when his father doesn't show up. It sounds like an interesting family drama that I'd totally watch. Yes, I, too, would go to Africa with Hiddleston.

The Pirate Fairy aka Where Hiddleston Finally Sings

This animated movie is something we should all cherish, as Hiddleston plays a pirate who can sing. All right, I'm hooked. That's all I needed to hear. What about you? Arrgh you going to stream it, even if you don't like cartoons? Sure you will!

Which one will you watch first? Enjoy your Hiddleston binge-watching!

More like this
Yes, That's Lindsay Lohan's Sister Singing In The 'Falling For Christmas' Movie
By Radhika Menon
Olivia Colman Is Supporting Her On-Screen Son Kit Connor In The Sweetest Way
By Catharina Cheung and Darshita Goyal
How To Stream 'White Noise' On Netflix
By Grace Wehniainen
Everything To Know About The 'Harry & Meghan' Netflix Documentary
By Jake Viswanath and El Hunt
Get Even More From Bustle — Sign Up For The Newsletter