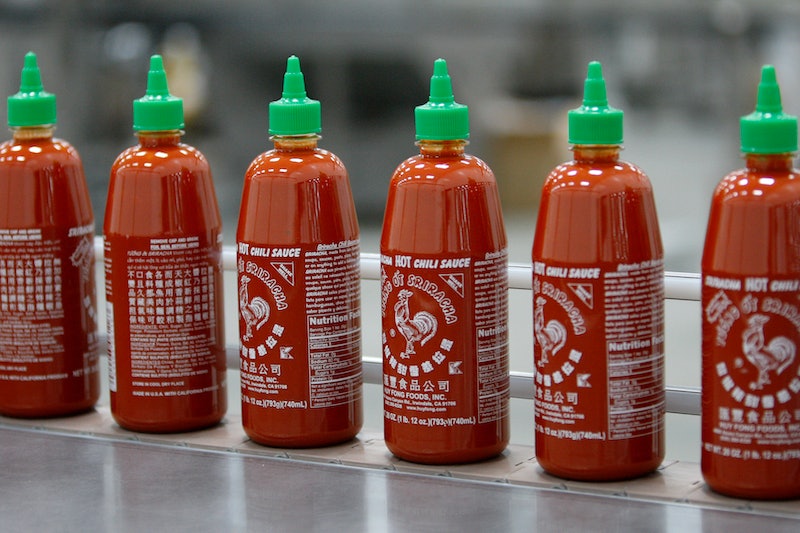 This is not a drill, people: Sriracha beer is a real thing, and it’s headed our way soon. Really soon, actually — Oregon brewery Rogue Ales, who have teamed up with Sriracha maker Huy Fong Foods to create the drink, posted an image of what’s probably its label on Facebook on November 24 along with a one-word message: “December.” Given that December is only four days away… well, like I said: Soon.

As Grub Street noted, we don’t know much about it yet; it’s going to be called “Sriracha Hot Stout,” though, which I think is an interesting choice. If I had been tasked with creating a Sriracha-flavored beer, I’d probably have thought to pair the spiciness of the Rooster sauce with a lighter, fizzier ale, as opposed to a deep, dark stout. Not that there’s anything wrong with stout — indeed, it’s my favorite kind of beer — but I’ll admit that I find the combination unexpected. It’s started to make sense the more I’ve thought about it, though, so, y’know… there’s that.

In any event, it looks like Rogue has actually been testing Sriracha Hot Stout for a few months — it made its first appearance on beer-based social network Untappd on July 12. It sounds a little polarizing from its reviews; some love it:

And some feel a little “meh” about it:

I’ll probably give it a shot at least once if I can get my hands on it — it sounds… interesting, at the very least. And given that Rogue makes one of my favorite beer labels of all time (not the beer itself, although that’s pretty good, too), I feel kind of OK about them being in charge of it. For the curious, here's the Sriracha Hot Stout label Rogue posted on the Book of Face:

Hilariously enough, this isn’t the first time Sriracha has made its way into a bottled adult beverage of some kind: According to Thrillist, UV Vodka unleashed a Sriracha-spiced vodka upon the world in December of 2013. I’ve never had it myself, but I hear it’s terrific in Bloody Marys. Can anyone confirm? Inquiring minds want to know!