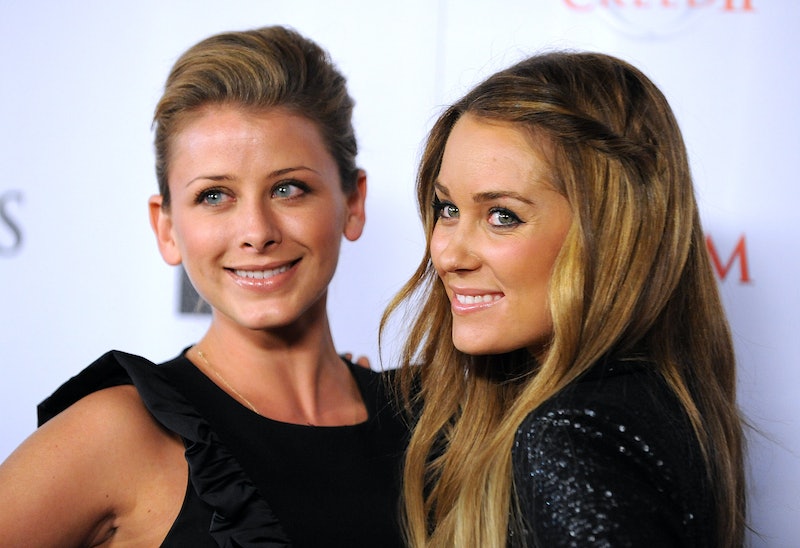 In six more years, I get to attend my 10-year high school reunion. Whether or not I’ll actually go is another story, yet I often wonder what I would return to if I did. Will the “popular kids” still be all that, or will they be the not-so-cool people now? Will most of us be married with kids? Will I have my dream job and be able to rub it in everyone’s face? I know it sounds crazy, but I can assure you I’m not the only one who contemplates these questions when deciding whether or not to attend an event full of ex-boyfriends, best friends, frenemies, and people you didn’t even talk to from high school. So when I heard that Lauren Conrad and Lo Bosworth attended their 10-year high school reunion on Saturday, I could only imagine the insane things the Laguna Beach castmates experienced reunited again.

But I’m assuming since many Laguna classmates were on the former MTV “reality” show, the ladies probably didn’t have to worry as much as the rest of us would considering their sweet jobs as famous people. After all, there’s really nothing better than returning to your high school to tell everyone you’ve pretty much got it all and have created your own mini-empire, right?

Actually, it’s all quite comical, especially when you take into account the fact that Bosworth posted an photo of herself with Conrad to Instagram with the caption, “Um, we invented Post-Its. #LBHS10YearReunion.” Although I have to applaud her for a wonderful Romy and Michele’s High School Reunion reference, I also want to laugh because both Bosworth and Conrad are widely successful unlike the characters of that movie. But of course they both know that.

Thankfully however, there didn’t seem to be any typical Laguna Beach drama since neither Kristin Cavallari nor Stephen Colletti attended the reunion. In fact, judging by many of their social media platforms, it appears that a large chunk of the show’s castmates were MIA. Or perhaps they were too embarrassed to post pics. On the other hand, Jennifer Bunney (friend of both Conrad and Heidi Montag) was there to bask in the nostalgia.

Though I think it would have been more interesting had everyone been there, with people like Casey Reinhardt owning her own cupcake business and Jessica (Jess-cuh) Smith happily married with a family, I’d say that most of the former LBHS high school students don’t need a reunion to prove that they’re doing well.