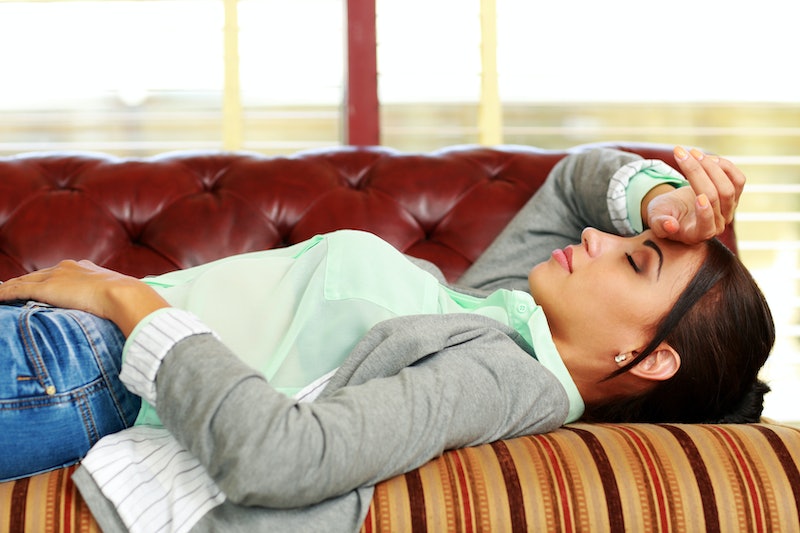 As a longtime OCD sufferer who's been in what could be described as a kind of active remission for years now, I strongly advocate for cognitive-behavioral therapy (CBT) as a treatment for anxiety disorders. However, evidence is also mounting that mindfulness therapy — far from being a bunch of zen hullabaloo — also really works. In a recent study conducted by researchers at Lund University in Sweden, mindfulness training helped anxiety and depression as much as therapy did.

In this particular experiment, about 200 test subjects were assigned to either group mindfulness training or ordinary treatment, usually CBT. Over the course of eight weeks, mindfulness training recipients fared just as well as those receiving ordinary treatment, making as much improvement by the end of the experimental period. That's too short of a time to know which type of treatment does best in the long run, and patients may feel quite better in the short-term regardless of which treatment they receive, due to the possible placebo effect of even genuinely ineffective treatment. But it's a promising start.

Other evidence supports my assertion that cognitive-behavioral therapy is the current gold standard in mental health treatment. Cognitive therapy recognizes that your thoughts influence your moods, and it works by shifting patients' thoughts towards realism (instead of getting bogged down in overblown, pessimistic frames of mind). The "behavioral" component encourages patients to behave healthfully and normally even before they're emotionally ready, which accelerates the healing process.

There is some concern that mindfulness practices (especially meditation) occasionally worsen mental health in certain individuals. But to the extent that cognitive therapy and mindfulness stress some of the same things — self-soothing, correcting false beliefs about the badness of the world or the hopelessness of one's life, noticing when one's emotional state degrades or improves and why — they are both important aids in the anxiety and depression-fighting toolkit.

However, if mindfulness and acceptance training is more easily and inexpensively provided to patients in groups than CBT, then that's great news, especially because low-income patients might otherwise receive no treatment at all. CBT can cost upwards of $200 per session, but mindfulness can be taught to a group of people all at once, and possibly even administered by a less highly-trained (and less expensive) mental health professional. At the end of the day, basically anything is probably better for anxiety and depression patients than archaic, discredited Freudian psychoanalysis. But because the two methods have much in common and seem to work equally as well, I wouldn't necessarily see this as some huge triumph of eastern, "spiritual" mindfulness methods over more medicalized, modern CBT.

More like this
What Forest Bathing Is & Its Benefits, Explained
By Carolyn Steber
What Millennials Can Learn from Gen Z About Mental Health
By Lexi Pandell
How to Help Your Parents Talk About Mental Health
By Gina Tomaine
I Was All For Medicating Mental Health Issues – Just Not For Me
By Anonymous, as told to Dana Smith
Get Even More From Bustle — Sign Up For The Newsletter