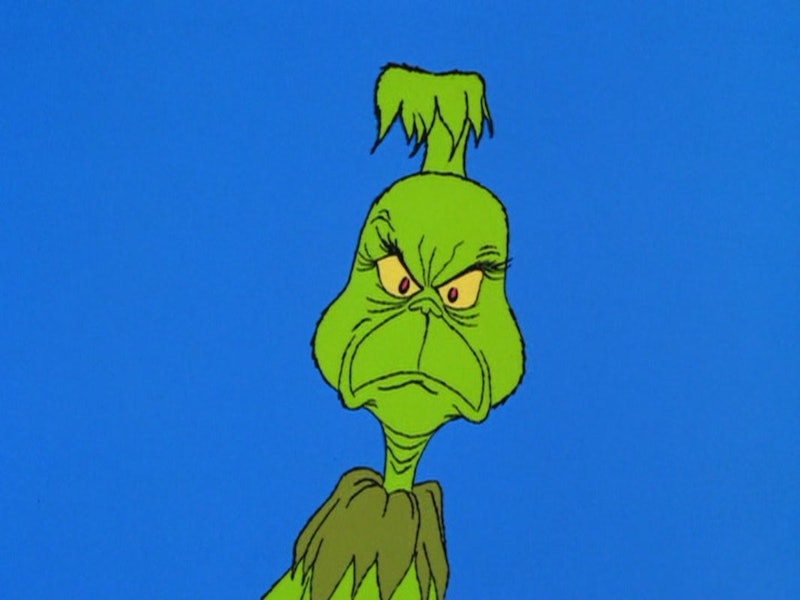 People always seem to be super, ridiculously, over the top passionate about Christmas music. It’s nearly a taboo dinner topic at this point — like politics, religion, and the Kardashians. Some play it year round like overeager, kiss-ass elves. Others try to avoid it at any and all costs without a particular reason other than some uncomfortable grunts and a menacing glare. But most people would just like the courtesy of moderation. You know, just so that they can turn on their car radios without being face to face with a jingle about mythical creatures. Regardless if you're pro-Christmas carols or not, though, playing it at the wrong time or with the wrong people or for the wrong reason can turn just about anyone into the Grinch. And Christmas is definitely not the only thing you want to steal when your rendered agitated and melancholy by an iTunes playlist.

The holidays are an emotional time as it is, anyway. Adding melodies dedicated to the season of gift-giving and life-questioning, just adds fuel to your already sensitive, self-pitying fire that's been lit ablaze by being in close quarters with your family once again. So, here are all the ways Christmas music can turn even the most spirited of holiday lovers into a bunch of mean, green Grinches.

Like you need this right now. It's cold out, isn't that enough, cruel, unyielding God?!

It's a simple request, but a mandatory one. Punishable by death.

WHEN YOUR TODDLER NEPHEW HAS "RUDOLPH THE RED NOSE REINDEER" ON LOOP DURING A LONG, ARDUOUS CAR RIDE

Someone hadda say it.

WHEN JONI MITCHELL'S "RIVER" SNEAKS ITS WAY INTO YOUR HEADPHONES

The worst. The absolute worst.

But there was that really hot delivery guy last Wednesday who gave you extra napkins even though you didn't ask...

This is the one acceptable song at any time. Even in July. The ONLY one.

You need to see a manager... IMMEDIATELY.

Rocking Around the Christmas Tree? Dominick the Donkey? WHAT IS THIS NONSENSE?!

GIVING IN AND LETTING THE CHRISTMAS MUSIC CONSUME YOU, BODY AND SOUL

If you can't beat them, I suppose you can join them. With tissues and a few glasses of merlot.