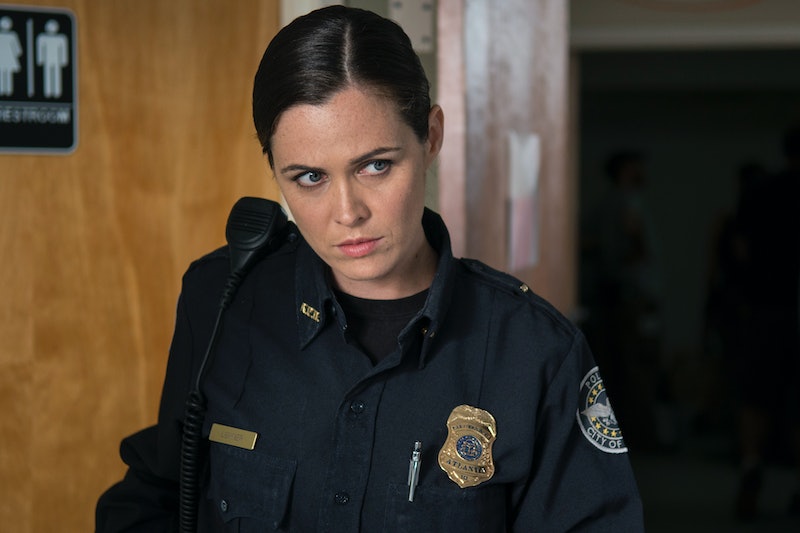 Of course, we knew there would be a big death on this mid-season finale. The Talking Dead has teased an unnamed guest for an entire week, which can only mean death. And while Beth's death was much harder to weather — Robert Kirkman just ripped one of essential beating hearts out of the center of this show — Dawn's is something of a missed opportunity.

I know, I know. The whole "here's a new villain challenge of the season" deal has gotten a little old thanks to the Governor taking that seat TWICE. And the fact that Gareth was set up as a big villain, but squashed shortly thereafter left a bad taste in our mouths. But here's the thing: It would have been really damn cool to see a woman be the big bad on The Walking Dead.

What's more is that Dawn and Beth's relationship finally got interesting this week. And while the far more surprising result of that newfound communication is to have them fight to the death, I feel like there could have been more there. How often do we see two women leading the most compelling piece of The Walking Dead's winding narrative? How often is a teenage girl the glue in this zombie-ridden landscape? How often can every emotion coursing through our brains at this point in the season be attributed to a completely unexpected curveball from the women on this show? I'm going to go with "never."

When Carol was Bad Carol, we got close. When Lori died, we were supposed to be upset, but we kinda saw it coming. When Andrea died, her poorly drawn character was practically ushered out with applause. Women have undoubtedly enjoyed important, compelling, and moving moments, but nothing quite like Beth & Dawn's final moment.

Sure, I could be happy that these characters wrested the final moments of Season 5a from Rick, but the fact that they did just makes me wonder what powerhouses they could have been if they were just allowed to fight on for a little longer.

More like this
Does 'Locke & Key’s Ending Mean There Could Be A Season 4?
By Sophia Moore
'The Bachelorette' Season 19 Schedule Shifts To Tuesdays During Fantasy Suites
By Kadin Burnett
How Marvel’s 'She-Hulk' Changes Her Comic Book Origin Story
By Brad Witter
Here’s Why 'Pretty Little Liars: Original Sin' Season 2 “Won’t Be The Same”
By Kadin Burnett
Get Even More From Bustle — Sign Up For The Newsletter