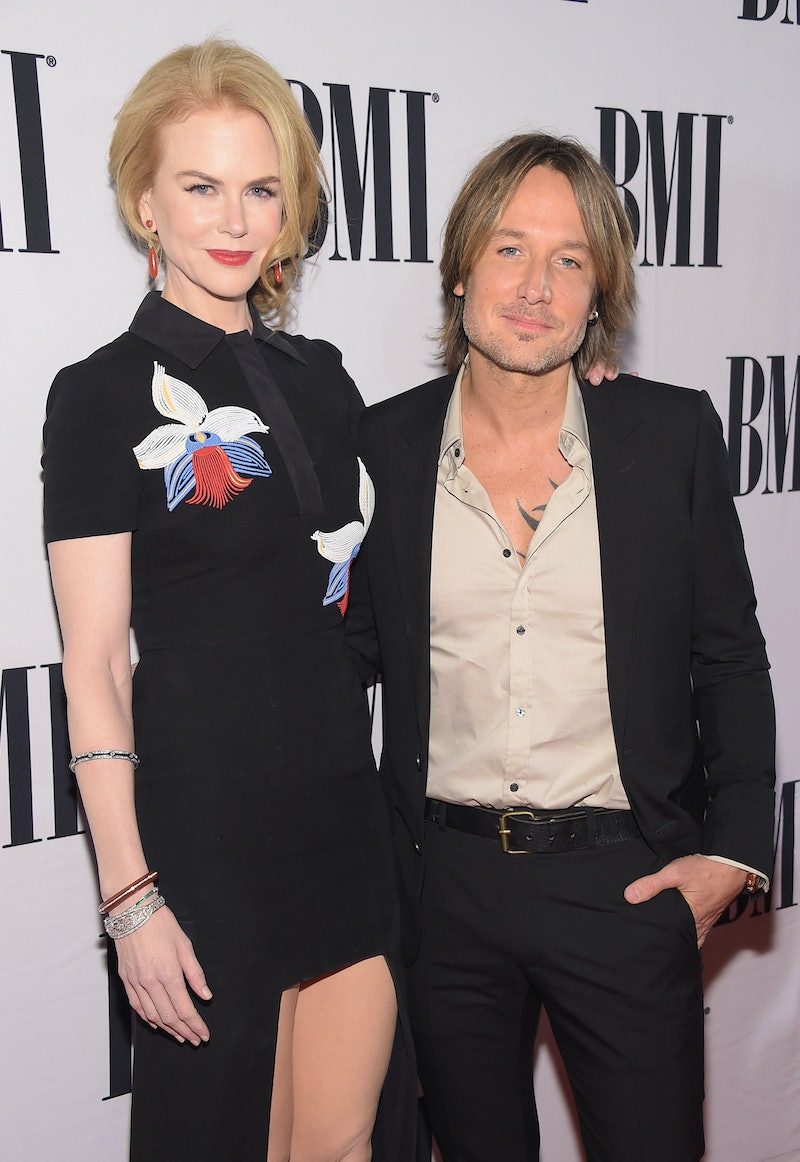 Quarter-Veela movie star Nicole Kidman and the Outback's resident country musician Keith Urban may be considered an odd couple by some, but they really seem to be smitten with one another. How did Nicole Kidman and Keith Urban meet? Turns out, these kids from down-under met at a convention for Australian people. I'm 100 percent serious. Even if I was making this up, it'd be just too easy of a joke.

In an interview with Oprah, Urban reminisced about meeting Kidman for the first time at an event in 2005 called G'Day LA, a function celebrating Australia-U.S. relations. Urban told Oprah about getting a case of the jitters before meeting Kidman, admitting to feeling totally intimidated by her at first — after all, she is 5'11" and looks as if she walked out of a painting. His chance to awkwardly introduce himself finally came when they were both waiting backstage in the green room for the event, which he remembers perfectly:

I plucked up the courage to go and do it (say hi) very nervously and trying to be all cool... And I introduced myself and she was very pleasant and everything. And there was a moment waiting for the next thing to be said at which I didn't know if I was bothering her or what was going on.

This was where he took his leave, saying "nice to meet you!" and totally leaving her hanging, unsure of whether he was supposed to continue the conversation. His friends were all, "Hey, she wants to talk, man." and he was like, "Naw, really?!" so he went back over, apologized for leaving so abruptly, and as he recalls, "We just started talking and things really clicked." Adorkable meet-cute. Sold.

What came next was an extremely tardy phone call. Kidman told Ellen DeGeneres in 2013 that Urban waited four months to call her after their fated meeting, and because of this, Kidman got the notion that the country singer wasn't all that into her at the beginning:

He was either playing it extremely cool, or he was paralyzed by nerves. I'm gonna go with the latter theory.

Oh, these guys... being so sheepish, in love, and humble.