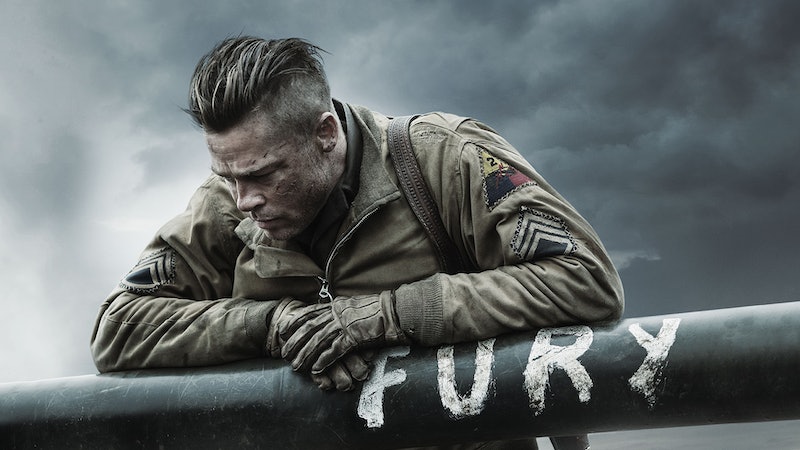 Free movies sounds like a great idea in theory but illegal streaming is actually a bigger crime than you probably thought. You might have heard that Sony just experienced a huge leak after hackers stole copies of of still-in-theaters movies. Brad Pitt's Fury has already been downloaded over a million times and Annie, which isn't even out yet, has already been downloaded 200,000 times.

The leak occurred on November 24, when a group called Guardians of Peace hacked Sony's corporate system and stole the files for those two movies along with Still Alice, Mr. Turner and To Write Love on Her Arms. The company is looking into the possibility that the hackers hailed from North Korea as the country is still upset over Sony's The Interview in which James Franco and Seth Rogan attempt to kill leader Kim Jong-un.

In the meantime though, I wouldn't go downloading Fury, Annie, or any of the others. Downloading an illegally obtained movie is a felony and even just streaming it can get you charged with a misdemeanor.

Either way, I'm not sure skipping the $2 rental fee on Amazon or the $10 movie ticket is worth going to jail over streaming or downloading a film. But just how often are people actually convicted of illegally streaming copyrighted content? It's so common these days that often casual users go unnoticed. The government is instead working to shut down the sites where the illegal files can be found like Megashare. Or they're targeting the people who hack into companies to leak the files in the first place.

You should be aware that President Obama is attempting to also make illegal streaming a felony alongside downloading. On November 19, he addressed the issue in response to the petition calling for the end of the Stop Online Piracy Act on Whitehouse.gov. He suggested that criminal penalties focus on those wreaking the most havoc. So, in the case with Sony's leak, he would want to prosecute the hackers before worrying about the millions downloading the files.

To be clear: We are not advocating for, and do not support, Congress enacting criminal sanctions against people who upload their own, non-commercial performances of other artists' works on Tumblr, against the content creators making your favorite mashup on YouTube, or against the users of these services

Instead, Obama is pushing for the protection of artists and entrepreneurs by dedicating time to "deter the large-scale willful reproduction, distribution, and streaming of illegal, infringing content for profit."

So rather than prosecuting GIF makers on Tumblr, his administration wants to target people making bootleg copies of Taylor Swift's new album for example and selling them for profit. According to a thread on Reddit, the most casual illegal downloaders have seen as far as action is a letter from their Internet service provider telling them to stop.