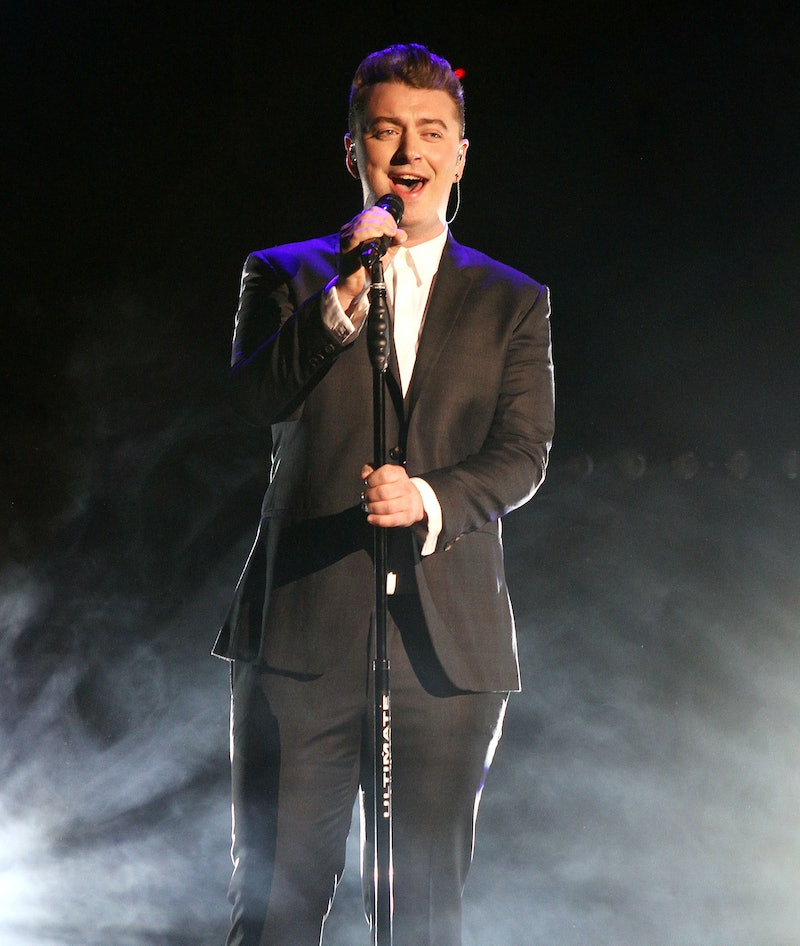 Get ready, music fans: Nominations for the 2015 Grammy Awards are just around the corner! Will Sam Smith score the most nods? Will Iggy Azalea slip into the Best New Artist race? And what about Beyoncé?? We’re just days away from finding out the answers to all of these burning questions — which means it’s time for some predictions. Nominations in all categories — except for Album of the Year — will be announced on the morning of Friday, Dec. 5. In the evening, the Album of the Year nominees will be revealed during a one-hour special called "A Very Grammy Christmas" on CBS. To keep things simple, I'm only going to predict the nominees in the General Field categories: Album of the Year, Record of the Year, Song of the Year, and Best New Artist.

But before I do that, let's clear a few things up:

First, the eligibility period for the 57th Annual Grammy Awards is Oct. 1, 2013 through Sept. 30, 2014 (read: Taylor Swift's 1989 album is not eligible for the 2015 ceremony, though her song, "Shake It Off," is). Second, what's the difference between Record of the Year and Song of the Year? According to the Grammy website, Record of the Year, which is awarded to a song, "recognizes the artist’s performance as well as the overall contributions of the producer(s), recording engineer(s) and/or mixer(s)." Meanwhile, Song of the Year recognizes songwriters only. Finally, a brief word on Best New Artist: according to Grammy expert Paul Grein, breakout star Meghan Trainor is ineligible for the award due to her debut EP only consisting of four songs (reportedly, her EP needed to have at least five songs in order to be able to compete).

Ready? Let's do this.

Album of the Year

Quick thoughts: Beyoncé's surprise release tactic for her self-titled project was both epic and incredibly successful. Also, it's just a really good album. Put simply: Smith is unstoppable. Previously nominated for Best New Artist and Song of the Year, Ed Sheeran is shaping up to be a Grammy favorite. Soundtracks don't often fare well in Album of the Year, but Frozen was a sensation, and the soundtrack is one of the best-selling albums of 2014 — I think that will be pretty hard to ignore. Finally, I'm not a big fan of Jack White's music, but Grammy voters seem to be, so, there you go.

Record of the Year

Quick thoughts: "Stay With Me" was huge. "All About That Bass" was (well, still is) everywhere. "Shake It Off" is a No. 1 hit by a Grammy darling. "Problem" marked the beginning of Ariana Grande's generally well-received pop reinvention, and radio couldn't get enough of it. Lastly, "Chandelier" is one of the best songs of the year, hands down (it was a top 10 hit, too).

Song of the Year

Sam Smith, "Stay With Me"Meghan Trainor, "All About That Bass"Taylor Swift, "Shake It Off"Idina Menzel, "Let It Go"Coldplay, "A Sky Full of Stars"

Quick thoughts: The three returning predicted nominees from Record of the Year need no further explanation. "Let It Go" was inescapable in 2014 — I think that the Grammys will mimic the Oscars and recognize songwriters Kristen Anderson-Lopez and Robert Lopez here. "A Sky Full of Stars," on the other hand, is a total and complete guess. I just really like the song. (Also, Record of the Year and Song of the Year only had two nominees in common at the 56th Annual Grammy Awards, so I wanted to mix things up a bit.)

Quick thoughts: Best New Artist is a notoriously tough category to predict. I feel pretty confident about Smith and Azalea, but from there, I'm kind of lost.

I'm looking forward to seeing how I did on Friday! The 57th Annual Grammy Awards are set to air live on Feb. 8, 2015 on CBS.