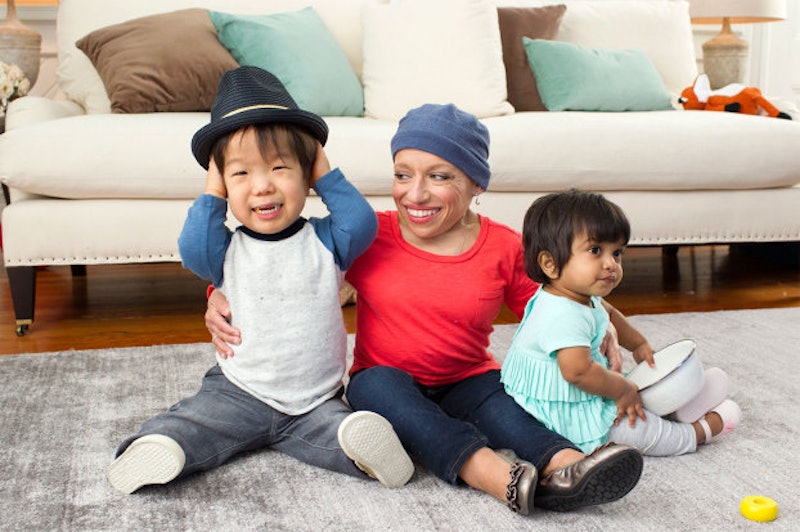 The Little Couple and their family were dealt some serious news back in 2013 when Jen Arnold was diagnosed with a rare type of cancer, choriocarcinoma, a little over a year ago. She quickly entered into treatment, and thankfully, the Little Couple star is now in remission, and has been since early February 2014. I'm sure Bill, Will, and Zoey will plan some sort of celebration to commemorate Jen's one year anniversary of being cancer-free, which is coming up soon. And while The Little Couple covered her treatment and recovery last season, Jen's already back at work full time and spending the rest of her time with Will and Zoey at home. Now that she's no longer undergoing treatment and has made a full recovery, she's back to her old self.

As a doctor, Jen spends her time at work researching and innovating pediatric medicine. And because of her type of dwarfism, she's gone through many surgeries before, so even when she was first diagnosed, she was always able to keep a good perspective on how lucky she was that her cancer was operable and her chances for survival were good. She was actually lucky enough to get the good news about her prognosis on World Cancer Day, which she immediately shared with her followers on Twitter.

While Jen chose not to discuss her specific cancer experience in too much detail, choriocarcinoma is usually a cancer of the uterus and/or placenta that can be very aggressive and spread very quickly to the lungs. It can be a very emotional experience as well, because the cancer can at first seem like a pregnancy, and even falsify a positive result on a pregnancy test. But as we saw on The Little Couple, Jen was able to keep an inspiring, positive outlook throughout her experience.

Now it's Jen's turn to support Bill through a health scare, because the show's new season will show her recovery while Bill begins to develop serious back problems that require surgery. Like Jen, Bill is used to things like this arising as a common complication from his dwarfism. Even baby Will had to go through several correctional surgeries to help him get over sleep apnea, and he's only 4 years old. Regardless of age or even severity, a health scare is always a big challenge, but even in the face of cancer, The Little Couple never backs down and they always come out on top.