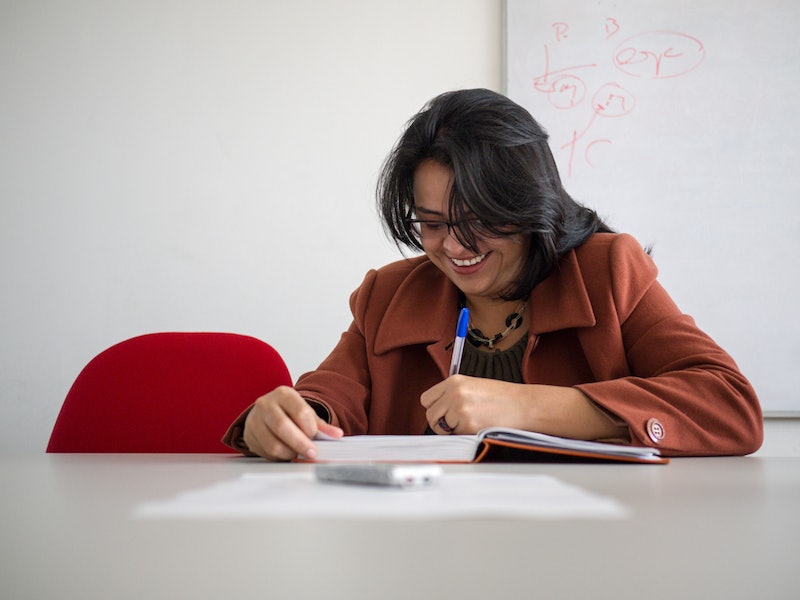 It's officially December and that means only one thing: NaNoWriMo is finished. So to all participants, no matter how much you wrote, Congratulations! You should all feel proud of yourselves for whatever you've achieved. But if you're one the lucky few to have finished your novel on schedule, chances are that in addition to pride, you're wondering what you should do next. Well, you have questions, and we have answers.

The thing about NaNoWriMo is that it's great for helping you get a first draft instead of a blank page. In general, no matter what sort of writer you are or want to be, first drafts are way, way better than blank pages. But finishing NaNoWriMo, while an awesome accomplishment, doesn't mean your book is finished. You've hit a major milestone, but unless you are some sort of novel-writing genius, you aren't done with the process just yet. Because as awesome as first drafts are, they are still first drafts. And first drafts that you write over the course of 30 days tend to be even rougher than normal first drafts.

So is this novel writing process ever going to be done? Yes, it will. And everything from here on out will be a lot easier than the past 30 days have been, I promise. First drafts are the hardest part. Here's your guide to everything that comes after.

First, Get Some Sleep

You've been working hard for 30 days, you deserve to catch up on some sleep.

Again, you deserve it.

Jot Down a Few Notes

If there's anything you want to remember for when you go back to your novel — a plot point you forgot to include, a different resolution to the argument in Chapter 3 — write it down now.

Put It Aside For a While

You and your novel need a break, so that when you come back to it, you'll have fresh eyes and a fresh perspective on how to revise it. So set it aside for a while — how long is up to you, but I really don't recommend anything less than two weeks — and I usually opt for longer.

Read Through The Whole Thing

When you do come back to your novel, read the whole thing through with no stopping and no correcting anything, not even the spelling mistakes — and there probably will be a lot of spelling mistakes. You wrote this really fast. In fact, chances are it won't be as good as you remember it and there might even be a few things that make you wonder what you were thinking. Don't worry; that just means you're in the right frame of mind to edit.

Everyone has their own editing process and now is the time to find yours. Some people like to make lots of notes, some people like to go ahead without them. For some people it makes the most sense to tackle one aspect of the novel at a time — first fix the plot, then the characterization, and so on — while for others it feels right to go through the book chapter by chapter. Some people like to make changes in the original document while others like to use the first draft as merely a reference for a re-write. It's all about what works best for you. But you do have to edit. And I'm not going to lie. It's not easy.

Have Other People Read It

Once you have a draft you think is pretty good, let some other people read it, and they'll tell you all of the things you missed.

I know, I know, it seems like it never ends. But once you incorporate the comments from other people, just think how much better everything will be!

Decide How You Want To Publish (If You Do)

If you're publishing traditionally, you'll almost certainly want a literary agent to represent you, so start looking up agents and finding some who represent the type of novel you wrote, and start polishing up your query letter — you can find tips for that online as well. If you're self-publishing, you should look up the different platforms out there and all the things self-publishing authors need to do to get eyeballs on their book, from designing a cover and writing a blurb to the various means of marketing.

Wherever your publishing journey takes you, remember that you are awesome for having come this far. Good luck with the rest!