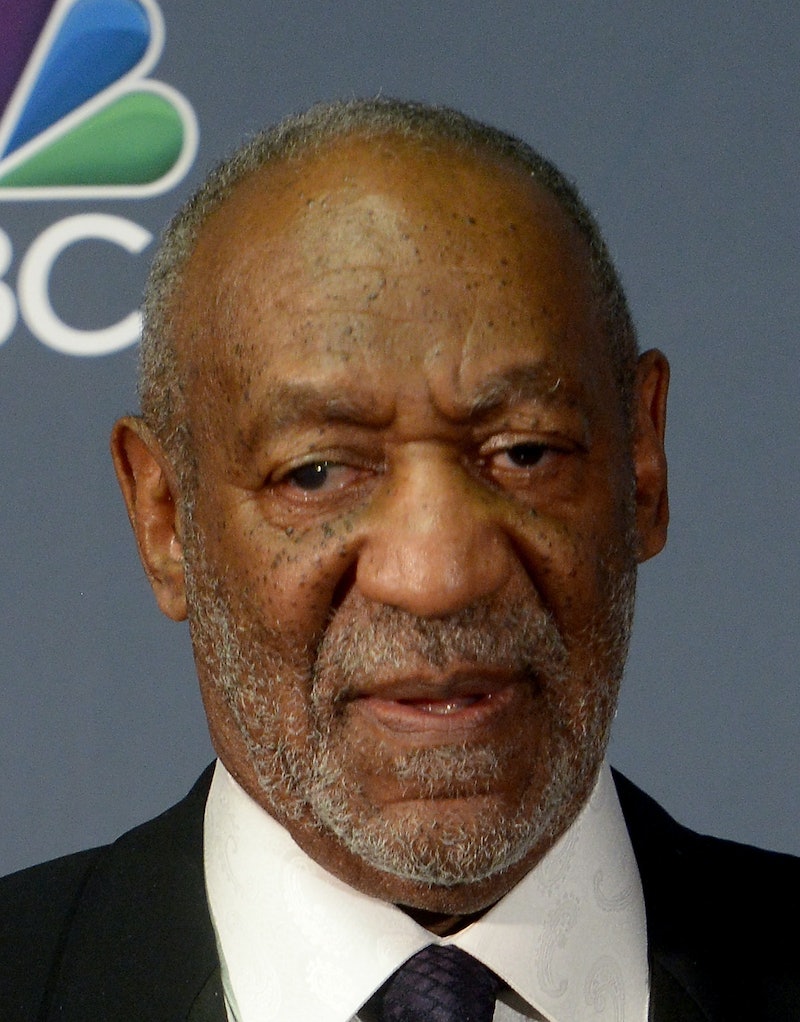 Bill Cosby's innocence continues to look less likely as more and more women go public with claims that the famous comedian drugged, raped, or assaulted them. It has just been announced that Cosby has resigned from Temple University's Board of Trustees. The Cosby Show star is an alumnus of the Philadelphia university and has been very involved in the school's development since attending and joined the board in 1982.

His resignation is vague and does not directly address to onslaught of rape accusations he has faced in recent week — which is right in line with how he has responded publicly to the claims. It is also disappointing that Temple did not use this moment to discuss sexual assault on-campus and moving forward to help change campus culture about rape and violence.

Though neither Cosby nor Temple mention the controversy, it's clear that his resignation is a sign of things to come. He might be stepping out before he's forced out, as he was from The University of Massachusetts-Amherst. Perhaps it is also a hint that some major news is on the way. Whether or not Cosby will confirm the stories is still up in the air, however this latest development does not bode well for him.