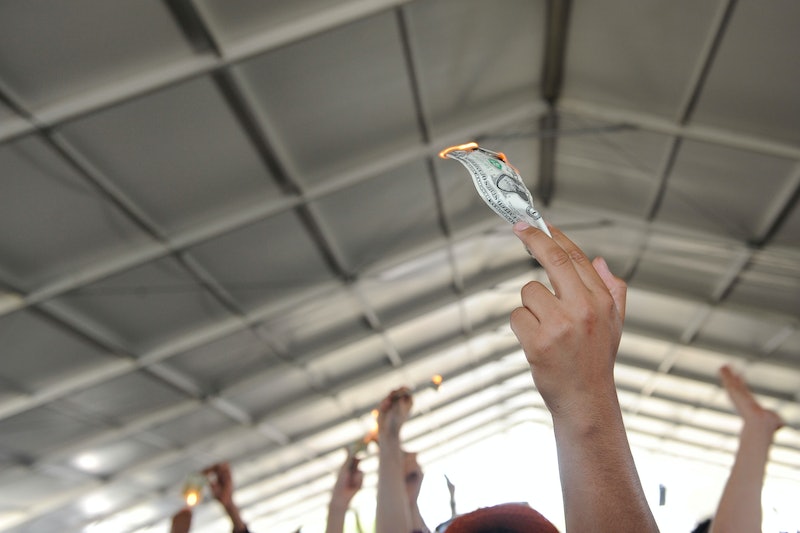 According to Forbes , Bill Gates, America's richest man for the past 20 years, has pushed famed Mexican mogul Carlos Slim out of the top spot worldwide when it comes to net worth.

The list this year includes some old standbys, like Warren Buffet who added about $12.5 billion to his already hefty bank account last year. Mark Zuckerberg made the top 20 after increasing his fortune by nearly $10 billion. Newcomers to the list of the country's 400 most uber-wealthy individuals include Michael Rubin, owner of sports retailer Fanatics, Jeff Sutton, who owns some of Manhattan's priciest retail real estate, and 35-year-old Robert Pera, owner of Ubiquiti Networks, which makes wireless networking equipment.

The average net worth of those who made the list was a whopping $5 billion — that's the highest average net worth since the magazine started publishing its list and an $800 million increase over last year. In fact, if you have less than $1.3 billion squirreled away, there's no chance that you could even breach the ranks of this elite group. The barrier to entry hasn't been that high since around 2007 or 2008, before the economy tanked.

Overall, the 400 wealthiest Americans increased their net worth by $300 billion from a year ago, and are currently worth an insane $2 trillion. That's around the gross domestic product of Russia.

When it comes to the list of the richest people in the nation, not much changes from year to year. Out of 400 slots, only 28 people were booted from the list this year. About 15 of those changes were due to people actually losing money, like T. Boone Pickens. But others, like Dan Snyder, the billionaire owner of the Washington Redskins, simply got left behind as others gained even more wealth. Rough.

More like this
Which RHODubai Housewife Has The Biggest Net Worth?
By Hugh McIntyre
Drake’s Net Worth Will Have Critics Saying “Honestly, Nevermind”
By Hugh McIntyre
Charlotte Tilbury Muse Phoebe Dynevor Triples Her Income In One Year
By Catharina Cheung
The Families Of Grenfell Tower Are Still Waiting For Justice, Five Years On
By Bustle UK
Get Even More From Bustle — Sign Up For The Newsletter