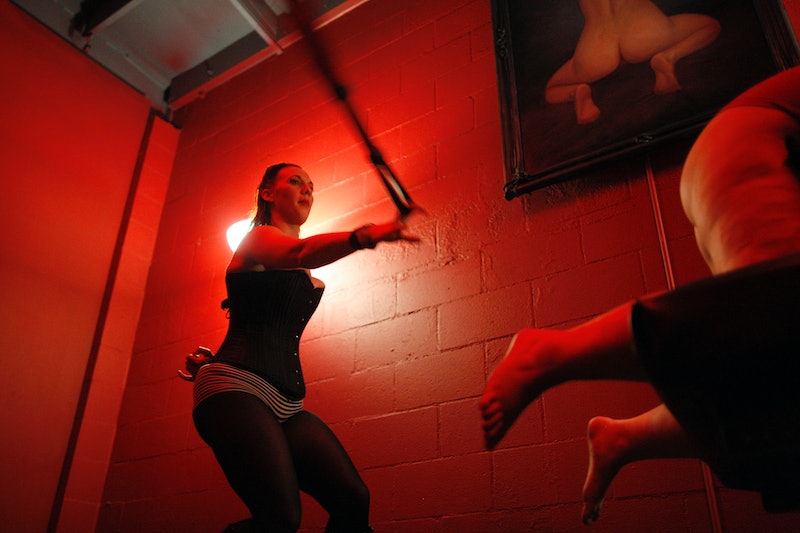 This effectively ruled out a seemingly arbitrary laundry list of sex acts, some of which seem gender-biased.

OK, who came up with this list? Honestly. While it's more understandable to censor some of these acts, like strangulation — seems like someone could easily lose track of time — some of the others just seem completely arbitrary. Female ejaculation? Could the BBFC offer some kind of logical explanation for banning this? Has nobody on the board experienced such a phenomenon — male or female? Could it be a simple case of fear of the unknown? It's really quite harmless, I promise.

Clearly, they just have no idea how facesitting works. An even bigger problem with this? Targeting acts like female ejaculation, penetration, and facesitting make the new measure seem heavily and unreasonably biased against women. Just when more women are entering a overwhelmingly male-dominated industry, the new regulation is heavily restricting their material.

Under the new measure, these acts qualify as "specially restricted material" and therefore must be distributed under the R18 label. The R18 classification is given to material that are within British obscenity laws but fall outside of what's appropriate for people under 18 — in other words, you must be 18 or over to view anything with an R18 label. It is most commonly associated with hardcore pornography.

It may sound official, but some believe it's just another way to shove morality down society's throats, a metaphor that the BBFC might not enjoy. Jerry Barnett, founder of free speech and sexual freedom campaign Sex and Censorship, told Vice UK:

R18 is a strange thing. It's a set of weird and arbitrary censorship rules decided between the BBFC, the police, and the CPS. There appear to be no rational explanations for most of the R18 rules — they're simply a set of moral judgements designed by people who have struggled endlessly to stop the British people from watching pornography.