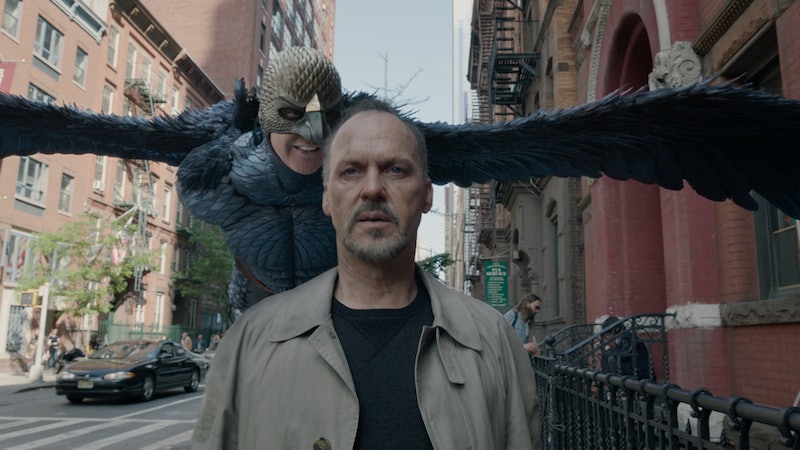 As is always the case when smaller awards organizations begin donning their superlatives on the cinematic year, new points of contention enter the all-consuming discussion about the be-all and end-all: the Oscars. As institutions like the New York Film Critics Circle and the Gotham Awards publicize their choices for the best feature films, documentaries, actors, and directors of 2014, we’re drawn further to wonder which titles and names will take home the gold come February. But how good an indicator of the ultimate Oscar winners list is either one of these groups?

On Monday, we were treated to each association’s top picks of the year. The NYFCC awarded Richard Linklater’s Boyhood , the 12-years-in-the-making portrait of American youth, the best movie of 2014. Just a few hours later, Gotham announced its share of victors, with the swirling showbiz fable Birdman topping the lot with the Best Feature title. While neither Boyhood nor Birdman have maintained the steady dominance over Oscar chatter that more traditional entries (like forthcoming sociopolitical pieces Selma and Unbroken or intimate biographical pictures The Imitation Game and The Theory of Everything) have, neither one has strayed too far from the conversation. Whether either one is capable of wowing the Academy the way that Selma, Unbroken, The Imitation Game and The Theory of Everything have and will is another question.

A glance back at past winners for each association might give you the theory that there isn’t much to glean from the New York Film Critics Circle or the Gotham Awards. Since 1990, only six NYFCC Best Film winners have gone on to take the Academy Award for Best Picture: The Silence of the Lambs, Schindler’s List, The Lord of the Rings: Return of the King, No Country for Old Men, The Hurt Locker, and The Artist. Gotham, which pioneered its Best Feature category in 2004, boasts an even sparser record: the only of its winners to ever take the Best Picture Oscar was The Hurt Locker.

The dissonance is hardly an isolated incident. When NYFCC chose the booming and behemoth Zero Dark Thirty, the Academy opted closer to the vest with Argo (a more grinning and “character-y” take on war and siege missions). The Oscars chose the tremendously traditional The King’s Speech over NYFCC’s innovative and clever The Social Network. And let’s not even discuss the awarding of Crash over Brokeback Mountain.

Also, in 2014, Gotham had chosen the Joel and Ethan Coen film Inside Llewyn Davis as its numero uno — a movie that didn’t even make it into the Academy’s list of Best Picture nominees, but that was still revered as one of the finest features of the year. This “no chance at an Oscar despite critical flair” connotation sticks to a lot of Gotham’s choices: Folks loved Moonrise Kingdom, but nobody thought it a genuine option for the award. The Tree of Life was a wonderful testament to the emotive powers of cinema, but was always too weird to take home the trophy. Jennifer Lawrence’s breakout flick Winter’s Bone was powerful and impressive, but just a hair grimmer than the Academy widely seems to prefer.

As such, if we are to generalize, it looks as though the New York Film Critics Circle’s tastes are usually too “big” (like the lavish American Hustle or gargantuan-in-scope Zero Dark Thirty) for the Oscars, while the Gotham Awards’ might be too “small” (the intensely intimate Inside Llewyn Davis, the precious and quirky Moonrise Kingdom). Oddly enough, 2014 gives us a reversal of fortunes, with NYFCC taking on the most personal picture likely to hit the Oscar nominees list this year and Gotham selecting a movie that is all about grandeur and showmanship (both in delivery and in actual premise).

So what will we wind up with come February 22, 2015? Probably something in the middle. Bigger, broader, and bolder than Boyhood. Simpler and more traditional than Birdman. In other words, we’re back with the usual suspects.