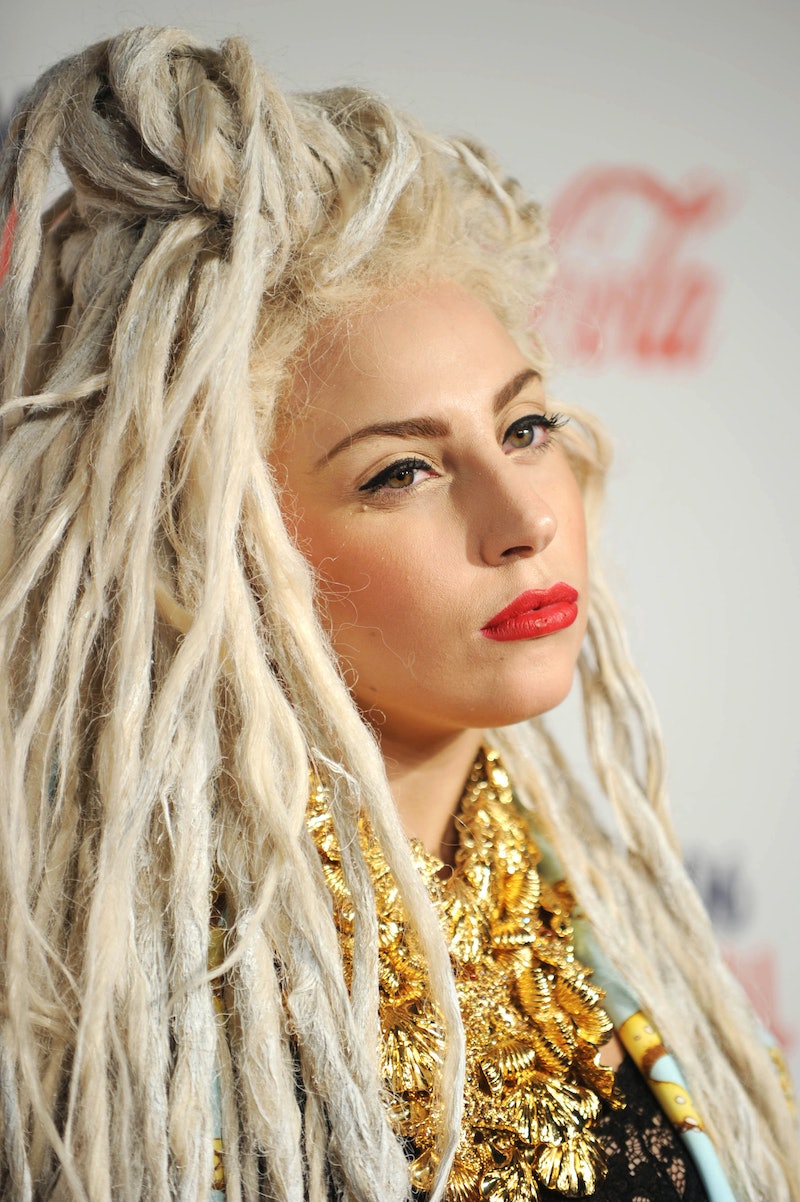 This might come off as a bit of a bold statement, but Lady Gaga should be on everyone's radar. That includes those who don't necessarily share the pop star's affinity for outlandish fashions and controversial stage performances. In an interview on The Howard Stern Show on Tuesday, Lady Gaga revealed she was raped as a teenager. While the 28-year-old singer's description of the incident and the aftermath is completely horrifying, the fact that she refuses to allow it to define her is absolutely inspiring.

The revelation came when Stern addressed Lady Gaga's vomit show at SXSW in which she performed her song "Swine." After she explained how the song was about rape and "demoralization" and the performance was a way of expressing "rage and fury and passion," she was initially hesitant to elaborate any further. But she ultimately acknowledged that she is, indeed, a rape survivor and explained why she was reluctant to discuss the terrifying experience.

"I don't want to be defined by it. I'll be damned if somebody's gonna say that every creatively intelligent thing that I ever did is all boiled down to one d--khead who did that to me," Gaga said. "I'm going to take responsibility for all my pain looking beautiful. All the things that I've made out of my strife, I did that."

I've always admired Gaga's ability to maintain her composure even when she catches flak about her artistic expression or the way she chooses to address sensitive topics through her art. But in learning that it took her some time to even admit to herself that the rape actually occurred makes me want to gift her with an endless supply of hugs. It goes far beyond sympathy — it's more so because of the undeniable strength she manages to exhibit even in the midst of exposing something that's clearly still raw, and an obvious source of vulnerability for her.

The entire interview is eye-opening and painful at times, but there's no way to take in Lady Gaga's response to her experience without connecting with her on a deeper level.

More like this
The 12 Most Controversial & Unexpected Grammy Moments Ever
By Jake Viswanath
'Stranger Things' Finn Wolfhard Is “Proud” Of Noah Schnapp For Coming Out
By Sophie McEvoy
Beyoncé Just Announced Tour Dates: Here's How To Cuff Tickets To Her 2023 Shows
By Jake Viswanath
Twitter Is Having A Meltdown Over Buying Beyoncé Renaissance Tour Tickets
By Jake Viswanath
Get Even More From Bustle — Sign Up For The Newsletter
From hair trends to relationship advice, our daily newsletter has everything you need to sound like a person who’s on TikTok, even if you aren’t.