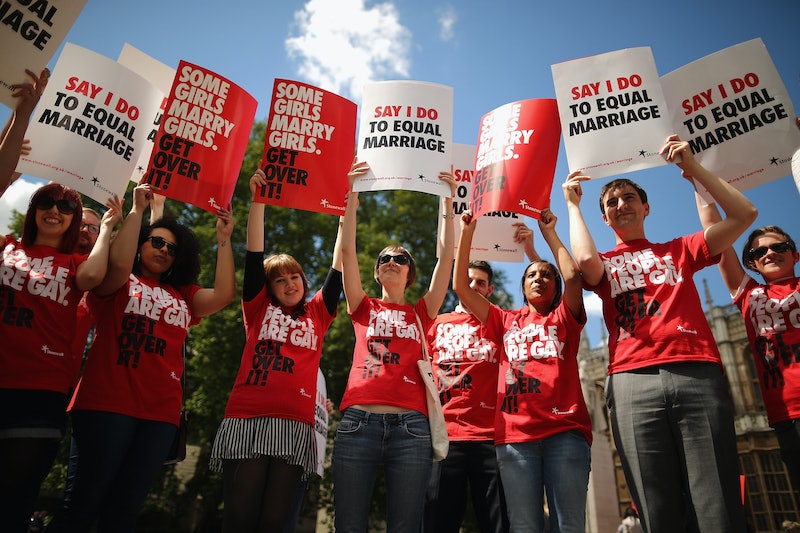 Every self-respecting Republican knows that the media is one big liberal conspiracy— and now there's some data to back it up.

A study released Monday by The Pew Research Center’s Project for Excellence in Journalism found that this Spring, news stories with statements in support of same-sex marriage legalization outweighed stories with negative language by a 5-to-1 margin. Forty-seven percent of the nearly 500 stories studied from March 18 through May 12 focused on sources and information in support for gay marriage. Most remaining stories (44%) had an equal mix of both viewpoints, with only 9% focusing on opposition.

Interestingly, the media 'support' of gay marriage remained the same regardless of whether the stories were news articles or opinion pieces, and was consistent across all three of the major cable networks, including Fox News. Unsurprisingly, Twitter postings aligned more closely with public opinion (a more even split between support and opposition), while The Huffington Post was more tilted toward support than the rest of the news media. Shocker. [IMAGE]

The report by Pew also gave a window into the way each side is framing the issue. Pew found that overall, statements in support of gay marriage have a more consistent message than statements opposed to gay marriage. While the message on the support side focused on the issue of civil rights, the message of opposition ranged from the idea that same-sex marriage would hurt society and harm traditional marriage, to the idea that homosexuality is immoral, to the claim that civil unions are "good enough,"and that government should not impose a new definition of marriage.

And finally, if you'd really like to nerd out about the entire concept of a liberal media bias, listen to Ira Glass's thorough investigation here: