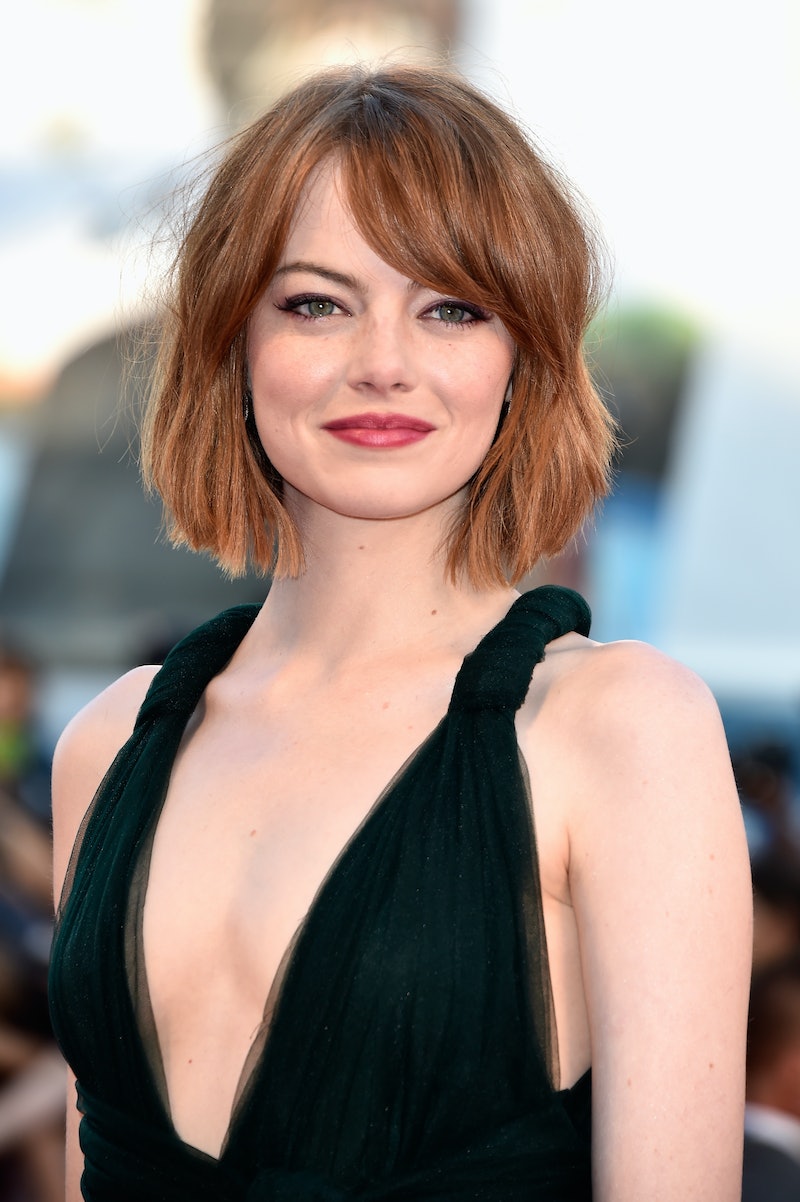 Let's do this. Not all of us live within a viable distance of the Great White Way, but that doesn't mean we can't be fervent Broadway fans! It certainly doesn't mean we can't be fervent Emma Stone fans, and the two are combining in some cool ways as we speak. Stone is currently starring in Cabaret on Broadway, and the first official video of her in the show is now out there for all to see.

Liza Minnelli, much as I adore every fiber of her being, was kind of a miscast as Sally Bowles: Sally's supposed to be a woman who thinks she's one of the biggest singing talents out there but who's really kind of got a run-of-the-mill voice. This is where both Stone and Cabaret predecessor Michelle Williams fit the role pretty well: They're very talented actors who can pull off the character and who can sing juust powerfully enough to embody Sally Bowles. They're hardly bad; they're just hardly Audra McDonald.

More like this
Megan Thee Stallion Actually Auditioned To Be This 'P-Valley' Main Character
By Radhika Menon
An Ultimate Guide To The Music Of 'Rap Sh!t'
By Brad Witter
How Lady Gaga & Adele Are Closer To The EGOT All Of A Sudden
By Jake Viswanath
The Best Memes & Tweets About Beyoncé’s Surprise “I’M THAT GIRL” Video Teaser
By Brian Anthony Hernandez
Get Even More From Bustle — Sign Up For The Newsletter