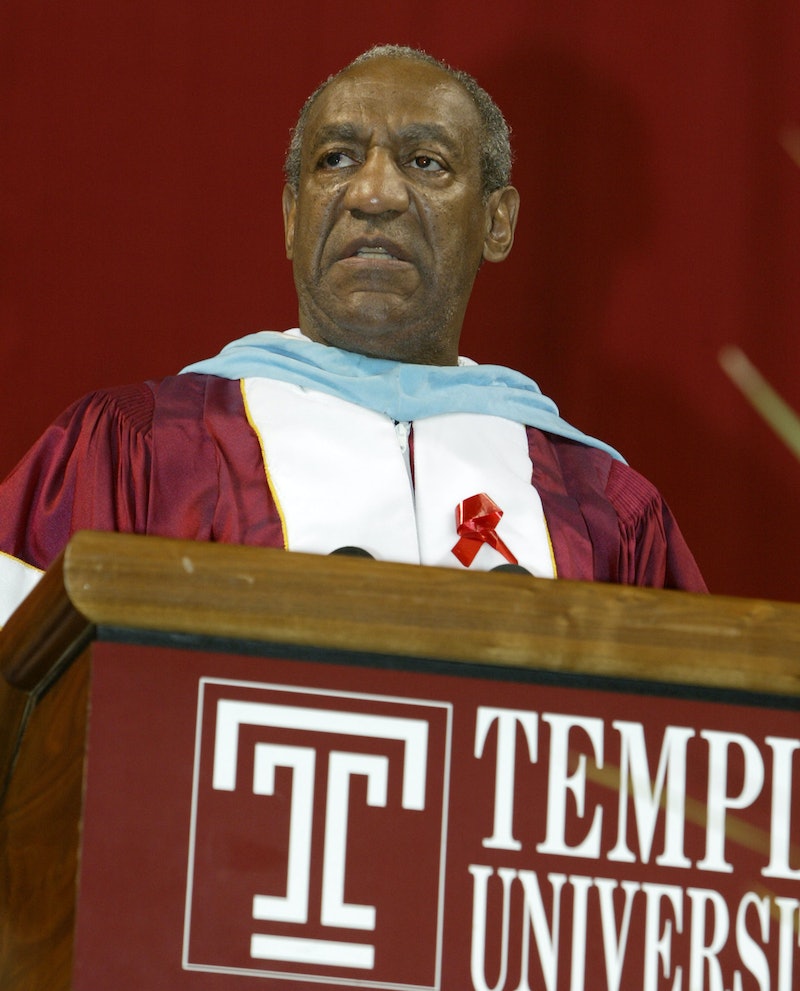 It's taken some victims more than four decades to come forward, but now, yet another alleged victim of Bill Cosby surfaces. Judy Huth has filed a lawsuit against the Cosby Show star claiming she was sexually assaulted at the age of 15. According to Entertainment Weekly, the suit was filed Tuesday and details the 55-year-old woman's claims against the comedian.

Huth alleges that she and a 16-year-old friend met Cosby when they "stumbled onto" movie set in LA in 1974, where the two girls disclosed their ages. According to the suit, the girls were invited by Cosby to a tennis club, where he offered them alcoholic beverages and had them take a drink every time he won a game of pool. But their activity didn't stop there. The suit says the girls were then invited to the Playboy Mansion and told to tell anyone that asked they were 19. This is when things get really bad.

Huth states that after she had many drinks, Cosby "proceeded to sexually molest her by attempting to put his hand down her pants, then taking her hand in his hand and performing a sex act on himself without her consent.”

The woman is seeking punitive and exemplary damages for the incidents, saying she's suffered extreme distress. Bill Cosby's camp has yet to respond to the news of the lawsuit.

More like this
Amanda Gorman Shared A Powerful Message On Meghan Markle’s Penultimate Podcast
By Darshita Goyal
Wimbledon Alters All-White Kit Rule Amid Candid Period Discussions
By Catharina Cheung and Rachel Mantock
Claire Foy & Rooney Mara Revisit A Devastating Tale In 'Women Talking'
By Bustle UK
The 'Love, Lizzo' Harry Styles Scene Is Just 1 Moment That Made Fans Feel Seen
By Brad Witter
Get Even More From Bustle — Sign Up For The Newsletter