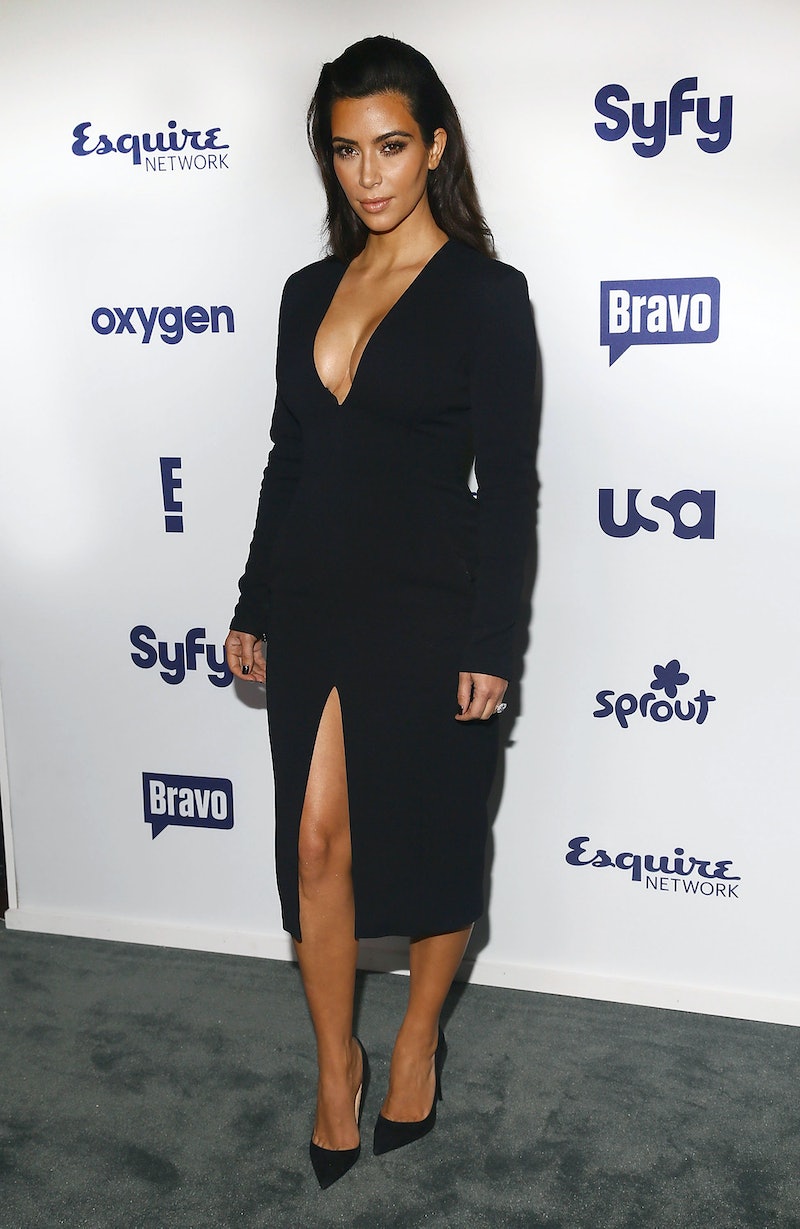 One of the biggest things that Kim Kardashian is known for her famously curvy bod. And she's not shy about flaunting her feminine figure — that Paper Magazine cover is forever engrained in my mind, and no one works a fitted pencil skirt quite like she does. But as it turns out, Kim hasn't always been comfortable with her body. In ELLE UK's Confidence Issue, Mrs. Kanye West is opening up about her past insecurities.

"I was unhappy with my body — I developed really early," she told the magazine. "Every night I would sit in the bath and cry; I prayed my boobs would stop growing." That's a sad thought, and it definitely takes me back. Remember how tough it was to be that age and deal with so much change, feeling like it was either happening too quickly or not quickly enough?

This story gets sweet, though. "When I was 13 my father [Robert Kardashian] wrote me a letter," she said. "He told me I had a body not many girls have, that later it would lead to attention from men, but that the most important thing was that I was a wonderful girl and I had to understand my self worth." I may or may not have just gotten a little lump in my throat. Should any fathers of daughters come across this article, take note.

She continued, "It’s taken me a long time to be happy with my body and for my confidence to grow to what it is today. I grew up when the body to have was the tall, slim, supermodel one, like Cindy Crawford’s. No one looked like me. It’s good to break the mold and recreate one."

Kim Kardashian may not be everyone's favorite person, but I applaud her for her honesty. Everyone goes through phases where they struggle with body confidence, and for many, it's a lifelong battle. I'll admit that I was never a fan of my big boobs either — to be entirely truthful, they're still not my favorite feature. But Kim is an testament to accepting the body you were born with, loving it, and treating it well.

"I am a confident woman, but I didn’t just arrive confident," she told the British glossy. "It has built over the years and that is a big part of who I am now."

Thanks, Kim, for reminding us that you don't have to fit society's mold of "the perfect body" to feel beautiful.