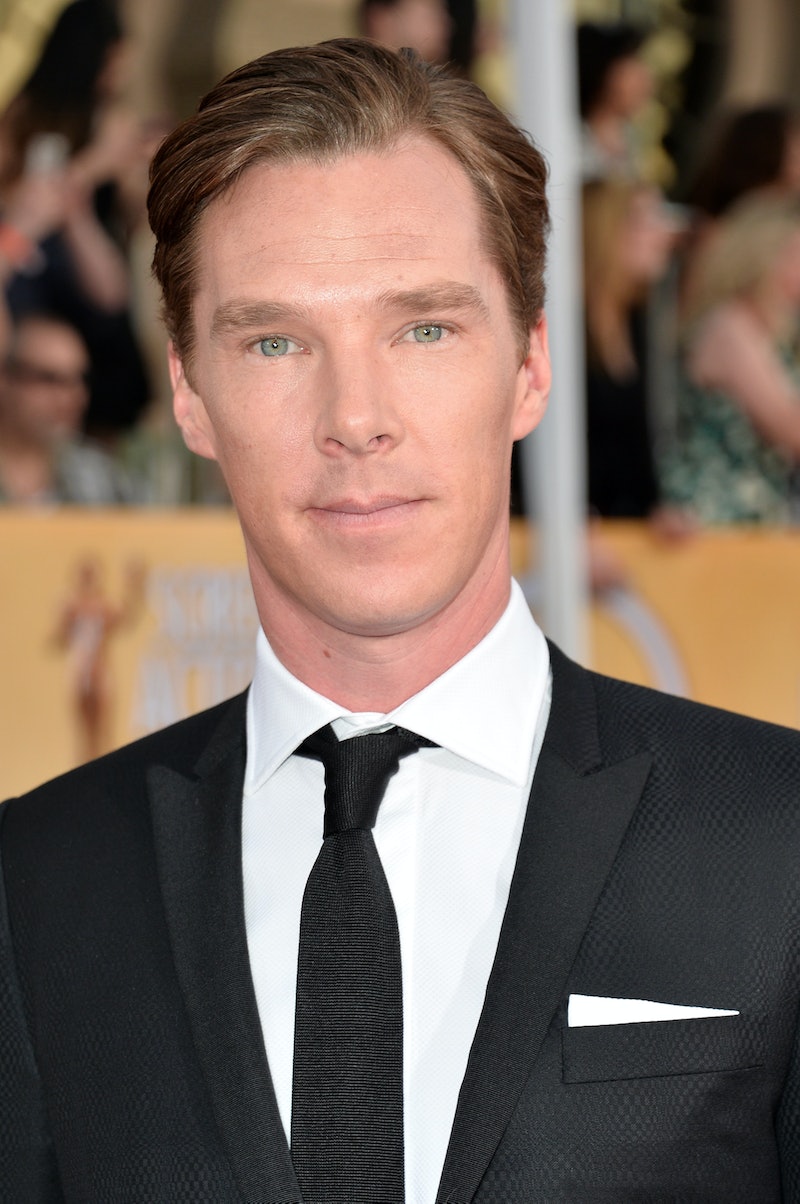 Who's ready for a little taste of a couple Sherlock and Avengers stars? I assume everyone has their hand raised. Luckily, we all can now imagine what it would be like to eat Benedict Cumberbatch and Tom Hiddleston in the form of a cupcake. One seriously loyal fan just created the "Cumbercupcake" (try to say that five times fast), and her Cumberdelicacy is making headlines and all of our mouths water. Thanks to the Cumberbitch (no, I'm not being rude, that's what fans of The Imitation Game actor call themselves) named "Cumbermuffin" on Twitter, we can indulge in the cake version of Sherloki.

Seriously, this woman deserves an award. Cumbermuffin (aka Vereen) is a baker, cake designer, and lover of Cumberbatch. Per her website, Cumberclay, she is quite talented and creates cupcakes and clay versions of the cupcake topper all inspired by Cumberbatch. FYI, they ship worldwide! Who else is ready to throw a cupcake party while indulging in all things Cumberbatch and Hiddleston?

The best part is she's not just in it for the money, as a percentage of her profit goes to one particular charity Cumberbatch supports, Prince's Trust, which is all about inspiring young lives. She's even chosen to give part of her profit to Save the Children as well to help needy children in her country of Indonesia.

From Cumberbatch to Hiddleston to Martin Freeman, Cumbermuffin is quite talented in her creations. Check some of them out here, and just try not to order any.

More like this
At 28, Prue Leith Was In A Secret Affair & Sharing Apple Pie With Stoned Neighbors
By Grace Wehniainen
North West Has Mastered The Wednesday Addams & Lady Gaga TikTok Dance
By Jake Viswanath
Twitter Is Saying The Same Thing About *That* Moment Of The 'I’m A Celeb' Reunion
By Catharina Cheung
Kate Middleton & Prince William Were Booed & Mocked On Their U.S. Visit
By Jake Viswanath
Get Even More From Bustle — Sign Up For The Newsletter