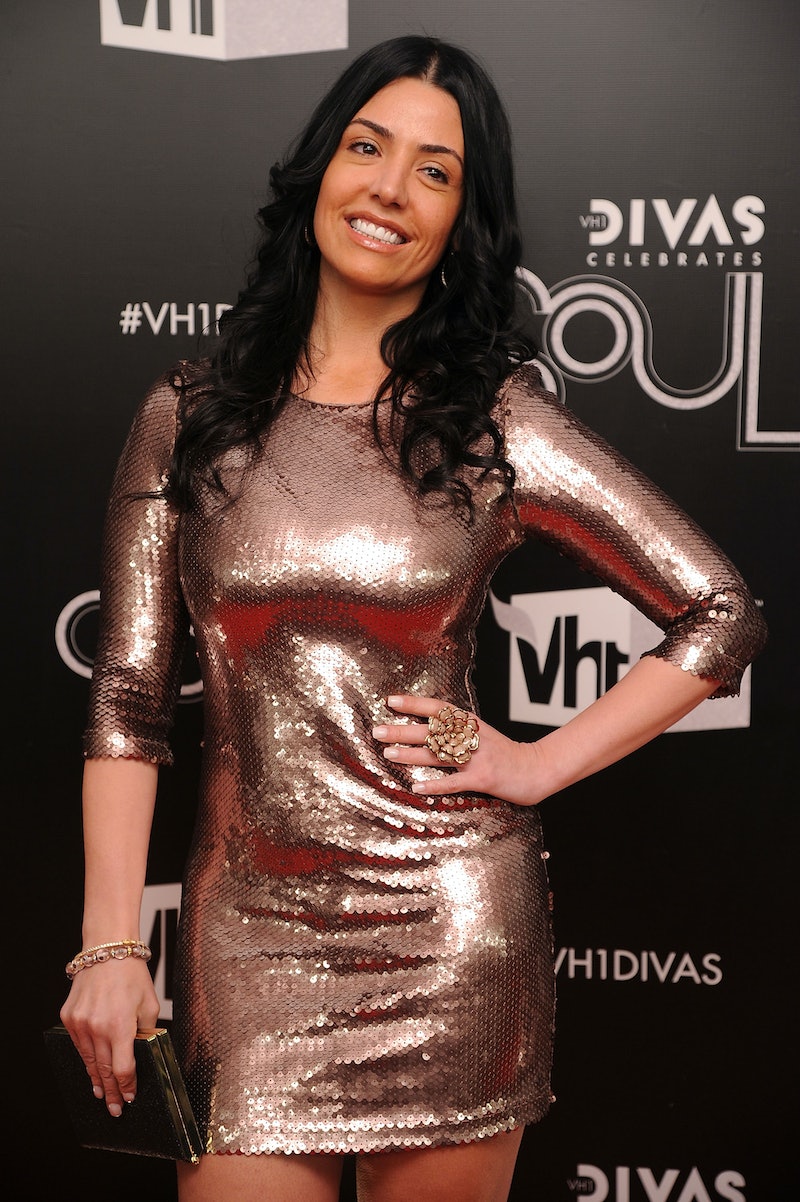 If one returns, they all must follow. Right? Well, I hope so. On Wednesday, OG mob wife Karen Gravano will return for Mob Wives Season 5 premiere, aptly titled "The Realest B... Is Back," after taking Season 4 off from the reality series. And, personally, I couldn't be more excited — OK, fine, I could be more excited if fellow OG wife Ramona Rizzo would return to Mob Wives. Karen's childhood BFF Ramona left Mob Wives after Season 3 because Vh1 wasn't paying her enough and because she felt like she was being lied to to create drama for the show — all reasonable concerns for a reality TV star. But, with Karen's return to the Staten Island-based series, could Ramona be next?

Probably not, unless Vh1 is willing to pay her the big bucks and Karen is able to work some of her bestie magic on Ramona. Back in September 2013, the reality star told 4UMF.com, "I like to get paid, and they don’t want to pay. That’s one of the issues," when asked about why she wasn't returning for Mob Wives Season 4. In the same interview, Ramona confirmed that Karen and Carla Facciolo also wouldn't be returning to the series. Since Ramona left Mob Wives, she's enjoyed being engaged to her fiancé Joseph Sclafani (she revealed her engagement during Season 3), even though he's serving a 15-year prison sentence and keeping her eyebrow game strong — among other things.

Leaving Mob Wives might've been the best thing for Ramona, considering all of the drama she went through during the first three seasons of the reality show — but it really won't be the same without her now that Karen's back. So, what has Ramona been up to? Things have gotten interesting for the reality star since Season 3.

She Allegedly Kidnapped & Robbed Someone

In November 2013, producer Shonte Gibson accused Ramona of kidnapping and armed robbery outside of Chelsea Manor, a nightclub in NYC. According to his allegations, Ramona was trying to get her money back from Gibson — she had given him $10,000 to rent a block of rooms during the NBA All-Star Game with the intent of rebooking them for a profit, but Gibson never booked the rooms and kept her money. According to Ramona's lawyer, the Mob Wives star was framed for the crime — Dawn Florio, who represents the reality star told DNAinfo, "The allegations made against Ramona Rizzo by Shonte Gibson, a known con artist, are false," and claimed that the star was working with the NYPD and wasn't being arrested.

She Starred In a Music Video About Child Abuse

She Was Proud of Her Eyebrow Game

I mean, I completely agree — happiness is perfect eyebrows.

She Had A Bachelorette Party in Las Vegas

Even though Ramona's alleged plans to marry her jailed fiancé, Joseph Sclafani, while he was on furlough fell through, Ramona still hosted a massive bachelorette party at Crazy Horse III Gentleman's Club in Las Vegas in July 2013. Party on, sister, party on.