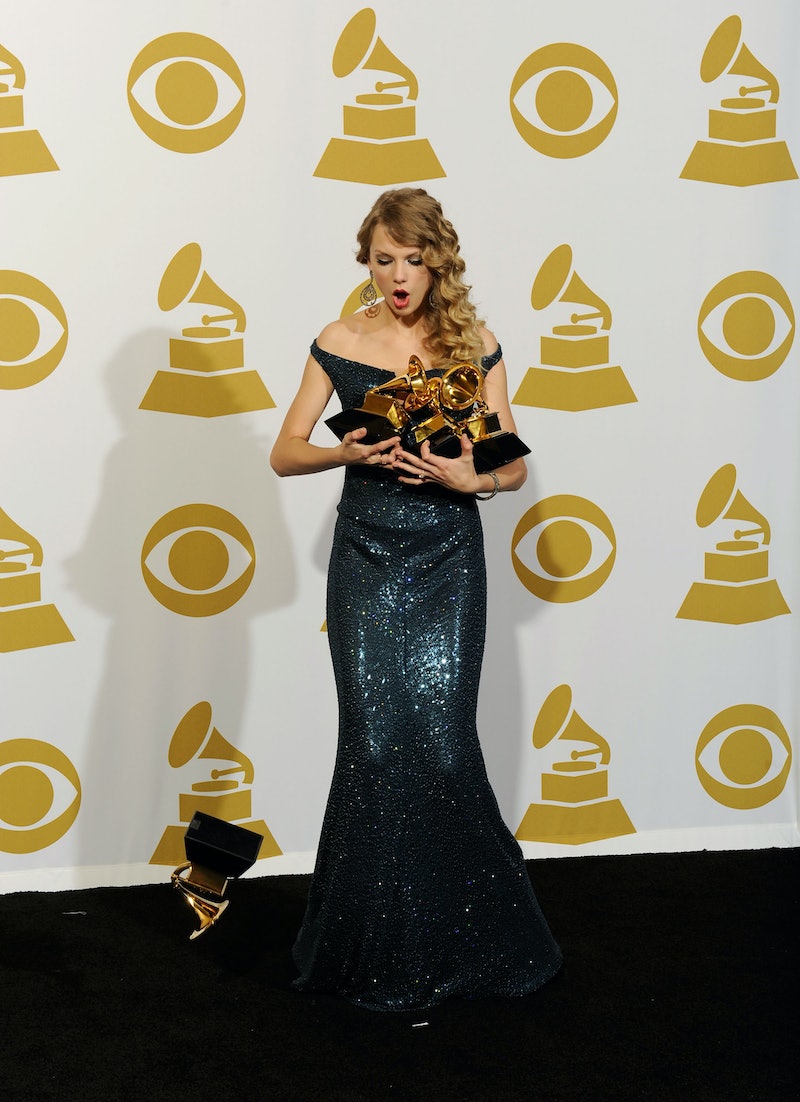 It's hard to believe that 2014 is almost over, but it's true. Before long, the Christmas trees will be traded in for that creepy cherub known as a baby new year, and we'll be ringing in 2015, which will also go by way too quickly. The good news is that with a new year comes a new awards season, and one of the first ones up is the Grammys. Slated for Sunday, February 8, 2015, we will be presented with a night of music's biggest hits, but before that happens, we need to find out who's nominated. The Grammy Nominations will be announced this Friday, December 5, and if you're hoping to watch them live, you'd better be a morning person. The announcements start at 8:30 a.m. ET on CBS, but the fun doesn't stop there, y'all.

Why? Because the Grammys only happen once a year, and the good people responsible for making them happen are going to milk this for all its worth. Although the nominations begin at an ungodly hour, we won't actually have the names of all the nominees in every category until more than twelve hours later. Are you confused yet? It's okay, I've created this handy dandy timeline so you can plan your day accordingly.

First round of nominees are announced on CBS This Morning. This will include four categories, and if I had to guess right now, I'd say these are going to be extremely boring so you might as well sleep in.

Keep an eye on Twitter. "Various artists and celebrities" will be making announcements via video for the other categories, hopefully supplying us with some GIFworthy moments. At least, they better, if the Grammys are going to keep us hanging by a string all day long.

The first 82 (out of a grand total of 83) categories and their nominees will be published on CBS.com and Grammy.com. I know what you're thinking: There are 83 effing categories? Yes, there are, although let's remember that a good many of them aren't even broadcast on the live show — and I highly doubt there will be Twitter videos for each one, either, so if you're interested — or if you actually have things to do between the hours of 9 and 2, like a regular person — this is when you can read the full list for yourself.

A Very Grammy Christmas begins on CBS, featuring performances from Sam Smith, Mary J. Blige, Ariana Grande, Maroon 5, Tim McGraw, and Pharell Williams — and the nominations for the biggest category, Album of The Year, will be announced during the special. Phew!

The full, updated, finally complete list of nominees will be live on Grammy.com and CBS.com, and we can all pretend this drawn out experience wasn't a total publicity stunt.