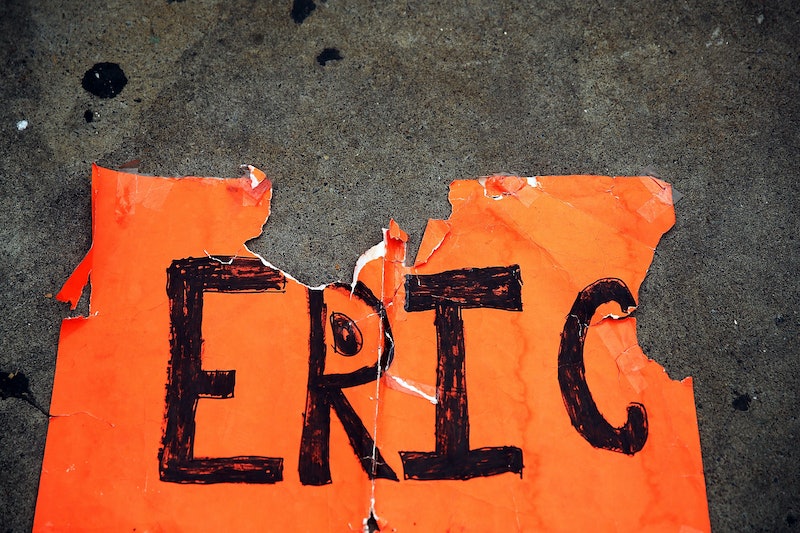 On Wednesday, the Staten Island grand jury decided not to indict the police officer in the case of Eric Garner. In July, NYPD officer Daniel Pantaleo put 43-year-old Garner in a choke hold after suspecting him of illegally selling cigarettes, which led to the asthmatic man's death. Unlike the Michael Brown shooting in Ferguson, the incident on Staten Island was recorded by a bystander and the events are not in dispute. Officer Pantaleo, who was in plain clothes at the time, is shown administering the choke hold despite Garner cries that he couldn't breathe. Despite the visual evidence, the grand jury of 23 people decided not to indict the officer.

According to the New York Post, the grand jury voted a "no-bill," which indicates that the criminal charges alleged against a suspect have not been sufficiently supported by the evidence presented to warrant his or her criminal prosecution. Under New York law, an indictment requires a minimum of 12 grand jurors (out of the 23 total) to vote in its favor, but it's unclear how many jurors voted for indicting Pantaleo in this case. It's also unclear what charges were officially filed by prosecutors.

The decision comes after about two months of deliberations, which started on September 29, and after officer Pantaleo gave his testimony in November. Many have demanded the officer be charged with murder, but that was never a likely scenario. In order to charge him with murder, prosecutors would have to prove that he had intent to kill Garner. More realistic charges that officer Pantaleo faced prior to Wednesday's decision included second-degree manslaughter, criminally negligent homicide, felony assault, and reckless endangerment. However, Pantaleo has been acquitted of all possible charges.

Pantaleo and a few other NYPD officers had stopped father-of-six Garner on July 17 in Tompkinsville, Staten Island. The bystander's video shows Garner asking the officers to leave him alone as they try to handcuff him for allegedly selling untaxed, loose cigarettes. Pantaleo responded by apparently putting him in a choke hold, a tactic that is banned by the NYPD.

After Garner was pronounced dead at the hospital, the medical examiner's office ruled his death a homicide caused by the choke hold and neck and chest compressions. Law enforcement union officials have contested the choke hold, saying that it was actually a standard police takedown, which abides by NYPD policy.

The Garner case has, understandably, drawn many comparisons to the Ferguson case. In both incidents, white police officers apprehended black suspects, which ultimately led to their death. And in both cases, racial profiling and excessive police force are called into question. Now, after Wednesday, one more parallel can be made: in both cases, the officer walked away scot-free.