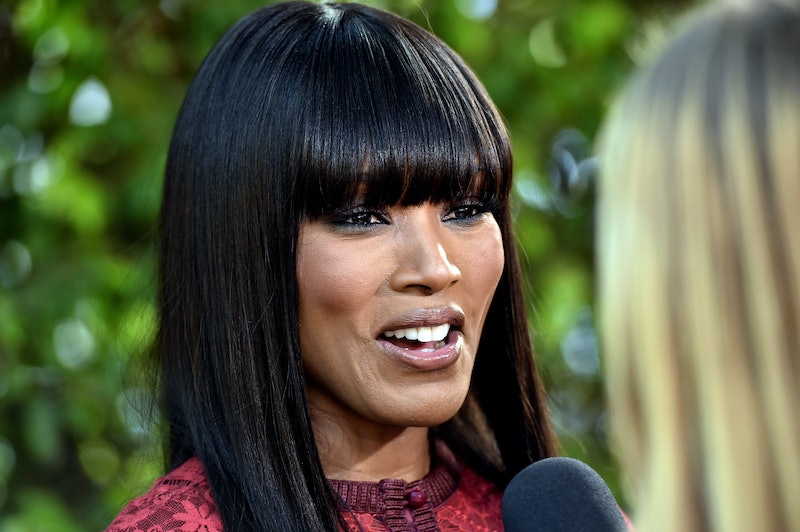 There's always moaning and groaning when it comes to Lifetime's biopics — the Aaliyah biopic was panned dramatically. That's why I'm super skeptical about the upcoming Whitney Houston biopic that will air on the network which is also famous for their hits like Pregnancy Pact and Sex and the Single Mom. The only sliver of hope, the tiny silver lining, is that the director of the project is Angela Bassett.

Of the movie, Bassett said: "I just want them to go on the journey between Whitney and Bobby. I considered it a love story…I guess they had great business between them. They were there to love and care for one another, and it was quite a journey." Hopefully Bassett can save the Lifetime biopic from the depths of sludge that it's slipped into.

Am I being too harsh? Nah, I don't think that I am. Remember the debacle that was The Unauthorized Saved by the Bell Story? There was also the Brittany Murphy biopic, an of course, Aaliyah's — and these are all just within the last year. With regards to Bassett's film about Houston, which stars Yaya DeCosta (yep, from America's Next Top Model) as the late diva, at least Bassett was close to Houston, hopefully providing more authenticity and grace in how she handles the film. She went on to say, "But we really thought we had a say in their love affair…I think it's a magnificent journey and I hope it will be a reflection into our own lives." She's got pretty big hopes for the film. But that doesn't mean we do, too.

But, like I said, Bassett and Houston were friends and worked together on the iconic Waiting to Exhale. Even if it is a little gauche to be making a biopic of the late singer so soon after her death (she passed in February of 2012), I'm glad at least there is a talented black woman telling another powerful black woman's story.