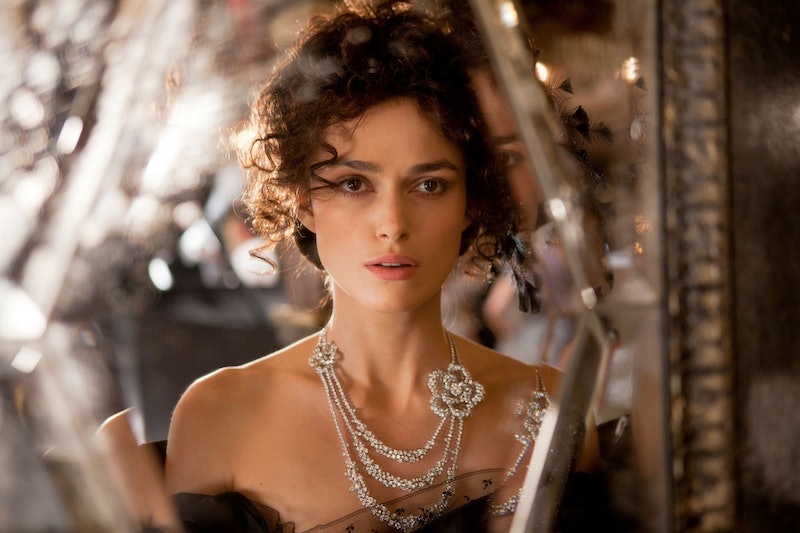 Listen up: Russian girls are where it's at. I've never known a man or woman walk out of a relationship with one of us — no matter how brief, torturous, or complicated — and say that they regretted it. And that's because we're awesome. We're not afraid to call you out on... well, anything you need calling out on, and we'll make sure you check yourself (before you wreck yourself), because we're into the whole honesty thing. Sure, we're also tragically beautiful and flawless and we've got excellent taste in fashion and art (and basically everything else), but we're also smart, both book-wise and street-wise. (OK, I'm being faux-cocky here for effect, but honestly, looking at it now, most of what I wrote is true. I would just never actually say those things out loud and mean them because that's one thing Russian girls are not: overly braggy, annoying people.)

Russian women get a bad reputation for the whole "mail order bride" business, but I'm here to shatter that misguided notion (sorry not sorry): Most Russian girls don't actually sell themselves to American men for money. For the most part, they marry humans they genuinely like, which brings me to my next point: You should absolutely consider yourself very lucky if you ever have the chance to chill with a girl from Russia. More likely than not, she's fierce, fearless, and essentially your dream girl (that is, if you're into strong women who challenge the patriarchal system and aren't afraid of wearing a little bit of pleather). Here are some more reasons why you should definitely aim to date a Russian girl:

Britney Spears? Rihanna? Please. You haven't experienced music until you've experienced Russian pop music, which is designed to comfortably lodge itself in the crevices of your brain until the end of time. Every Russian girl has a pile of burned CDs she's gotten in the mail from her second cousin who lives in Moscow, and she will not hesitate to bust them out in the car.

2. She probably knows where the best Russian candy and snack hub is

Stick with a Russian girl long enough, and you’ll get to experience the pure bliss of Russian chocolates and treats (and Korovka, which is a block of milky-caramel and is everything dreams are made of). Chances are, she probably also knows the best place to get a plate of Golubtsy (stuffed cabbage rolls) and a slice of Medovik torte (YAASSSSS).

Just don't expect her to let anyone walk all over her. Even if she just suspects you're doubting her, or you've dissed her in the slightest, she'll tell you what's what. Sometimes this comes off as aggressive, but you should know that she's been raised to question authority and probably mistrust just about everything and everyone (KGB holdovers, sorry). She's a survivor through and through, and probably the best person to weather a mosh pit with.

Russian gals don't flirt around any issue, problem, or disagreement, because they don't have time to tiptoe. While her ways of communicating may be "ruthless," to her, she thinks of this as maximizing time to the fullest. And time is money. And money is those Louboutin shoes she saw at Nordstrom the other day, so move along please.

5. And not afraid to really vocalize her thoughts

We don’t know how to use our inside voices sometimes, OK? Sometimes we get so excited, and so passionate, and so zealous, that our neighbors might think we’re dying. But really we’re just excited about that mega-sale at J.Crew. If you piss us off, don't be surprised if we yell. It might be uncouth, but it's also 99.8 percent more effective than talking about things in a rational, collected manner.

All Russian girls put their family first above all else, so don’t ever talk smack about their relatives. If you’re awesome, maybe you’ll get the same treatment someday, too.

7. She knows how to get down

Not all Russian ladies get turnt, and no, we don't all love vodka. But we know how to have a good time, and we know how to entertain. What "having a good time" and "entertaining" actually look like will vary from woman to woman because, duh, we're all incredibly unique just like anyone else. The thing that our Russian-ness makes us all have in common? However we personally like to have fun, and personally like to entertain, we're amazing at it.

8. Her fashion sense is on point

There is no such thing as a frumpy Russian lady. Not to be vain or anything (OK, maybe a little bit), but clothes are a pretty integral part of who we are. The way we dress ourselves is an important form of self-expression, and we take that self-expression very seriously.

9. Her parents will probably care more about you than your own family (seriously)

If you’ve won over the hearts of your Russian lady love and her family, they will probably love you forever, vigorously worry about you like it's a competitive sport, and feed you until you definitely need to loosen your belt. Unless you screw your Russian girl over, and then it’s end times for you, pal. Lord help your soul if you’ve angered a Russian girl’s family.

Hello? The Russians basically invented space travel and just try to find another writer besides Nabokov who can seamlessly craft a grammatically sound sentence that is over a page in length? (OK, fine, William Faulkner is a pretty dope wordsmith too. Fine, America, you can have that.) A Russian girl is raised to think and act and live independently. If she wants nice clothes, nice jewelry, and a nice bookshelf, she knows she’ll have to earn the money to buy those things herself, and that means going to school and getting a job and working hard until she gets dolla dolla bills.

Russians know how to work hard and play hard. And as much as I hate that tired phrase, Russian women probably created it. Because we're boss.

More like this
5 Signs You Have A Toxic Relationship With Yourself
By Lexi Inks
50 Valentine’s Day Instagram Captions To Post If You’re Single
By Jessica Booth, Lexi Inks and Carolyn Steber
30 Sweet Valentine's Day Caption Ideas For Long-Distance Relationships
By Syeda Khaula Saad and Carolyn Steber
These 3 Signs Are The Master Chefs Of The Zodiac
By Kristine Fellizar
Get Even More From Bustle — Sign Up For The Newsletter
From hair trends to relationship advice, our daily newsletter has everything you need to sound like a person who’s on TikTok, even if you aren’t.