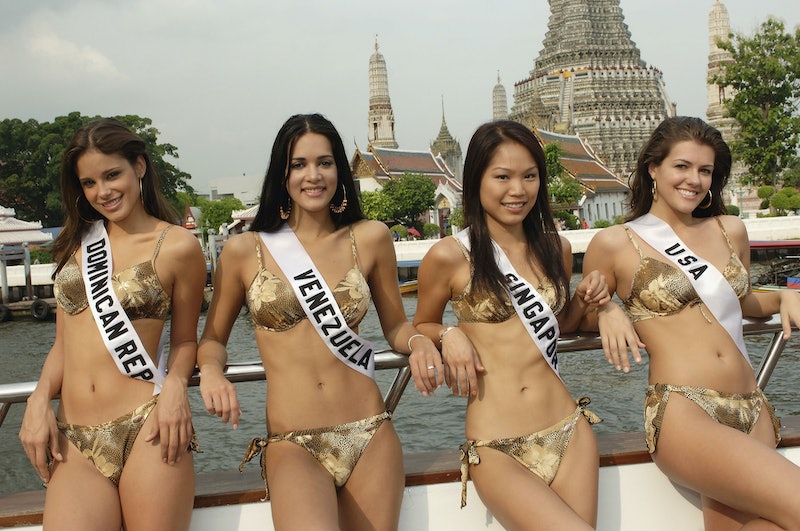 Venezuelan women have killer asses—literally. In the past year, 17 women in the country have died as a result of getting liquid silicone buttock injections.

At just $8 a pop, it's understandable why buttock injections are common in a country where cosmetic surgery is the norm. But though the procedure is relatively quick and noninvasive, the risks are serious: Pain, rashes, infection, paralyzation, tumors, autoimmune disorders, and even heart attacks. Jesús Pereira, the president of the Venezuelan Plastic Surgeons Association, told The Atlantic:

"100 percent of cases become complicated. It could take four days or it could take 20 years, but eventually the patient will become irreversibly sick."

The silicone can never fully be removed, plus the procedure is illegal in Venezuela, where silicone is prohibited.

Yet, according to the Venezuelan Plastic Surgeons Association, some 30 percent of Venezuelan women have undergone a butt enhancement procedure! That's incredible and insane ... or is it? Maria Trinidad, who campaigns against the procedures, points out:

"When you live in a country where a beautiful woman has greater career prospects than someone with a strong work ethic and first-class education, you are forced into the mindset that there is nothing more important than beauty."

There's a growing push to educate Venezuelan girls about the dangers, especially those from poorer backgrounds where the risks are less known and the injections are more common. Astrid de la Rosa—herself paralyzed for two years from bad buttock injections— told The Atlantic.

"We have to get to them early, as parents tend to offer these injections as 15th birthday presents."

And lest we think the quest for a rounder rump is an exclusively South American trend, let's not forget the "fix-a-flat" booty debacle in Florida in 2011. A fake plastic surgeon was arrested for injecting women's buttocks with tire sealant and cement at "pumping parties" across the state. Just a reminder that beauty standards that prize any one trait as the be-all-end-all of attractiveness can be incredibly damaging, no matter where you live.