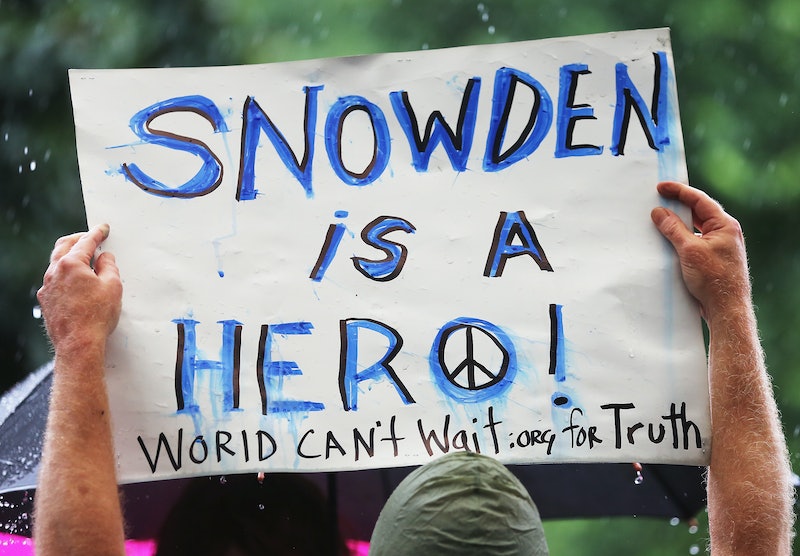 1. "All I can say right now is the U.S. Government is not going to be able to cover this up by jailing or murdering me. Truth is coming, and it cannot be stopped."

Murdering? Really? The U.S. government may be corrupt, but we doubt they're that stupid.

2. "Ask yourself: if I were a Chinese spy, why wouldn't I have flown directly into Beijing? I could be living in a palace petting a phoenix by now." Harry Potter-style.

3."Being called a traitor by Dick Cheney is the highest honor you can give an American. If they had taught a class on how to be the kind of citizen Dick Cheney worries about, I would have finished high school."

4. "The NSA is running network operations... that affect millions of innocent people. And for what? So we can potentially reveal a potential terrorist with the potential to kill fewer Americans than our own Police?"

5. And in a response to a lengthy question regarding advice for future whistleblowers, simply: "This country is worth dying for."

Again, with the martyrdom. We're not saying he isn't under a lot of pressure, but somebody needs to get his girlfriend back in the picture to check that ego.

And here are 5 tweets from the #AskSnowden conversation that didn't quite make the cut: