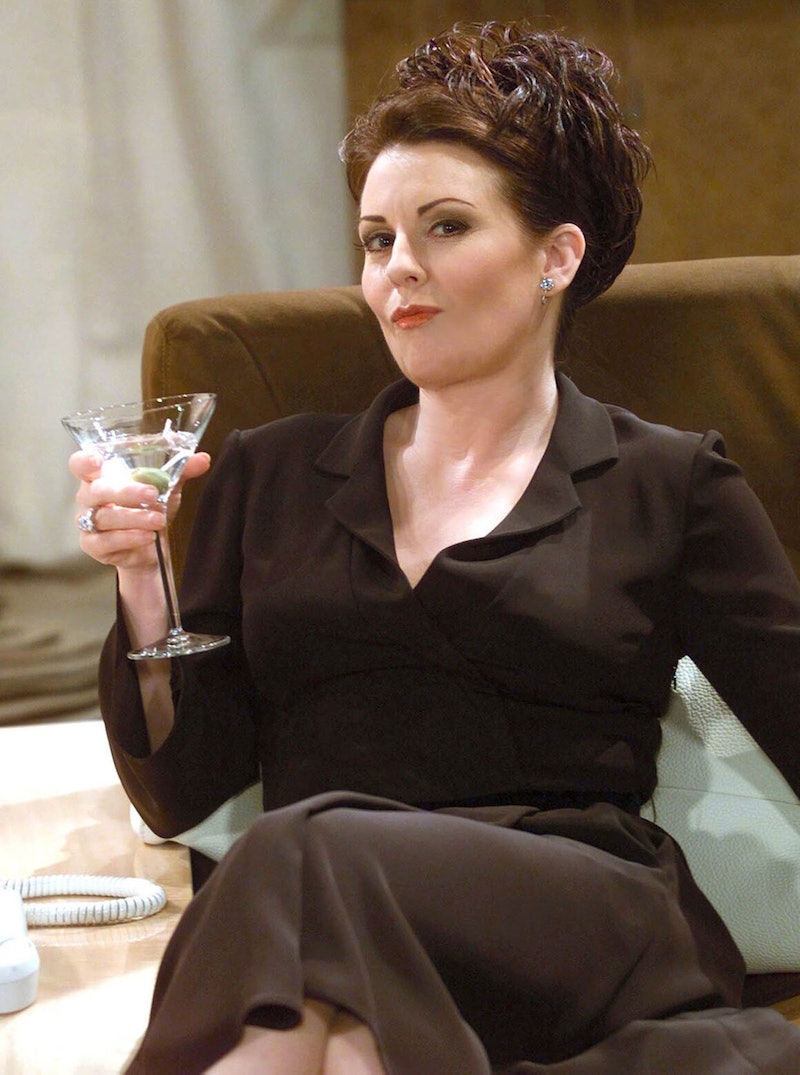 News flash: A lot of women, being that they are human, like to drink alcohol. Those women...they are my people, my sisters, my beautiful, wine stain-lipped cherubs. Please join me in being annoyed about the things people assume about us because we're a lady with a drink in our hands. For some reason, being a woman who drinks is viewed as a totally different thing than being a man who drinks. Men who drink are applauded for coming up with wonderful, iconic quotes like, "I feel sorry for people who don't drink. When they wake up in the morning, that's as good as they're going to feel all day." (Frank Sinatra, the Olympic champion of drinkers). Women who drink are assumed to have many cats and will one day grow a tiny beard, unless they're deservedly raped for being drunk anywhere other than in a locked room alone (and of course, if they do drink alone in a locked room, they are pathetic alcoholics, whereas a man doing having a cocktail at the end of the day is simply unwinding).

Maybe it's not always that extreme, but people can say some really horribly sexist things to a woman who drinks. From backhanded compliments to weight watching, a woman holding a beer has heard it all. How about this for a change: before you make a remark to a woman about her drinking habits, ask yourself if you would make the same comment to a man. If you would not, under any normal, every day circumstance, say the thing to a man, then it's probably a little bit sexist to say it to a woman. Of all the below examples, I imagine all are very rarely, if ever, said to men, which makes them nearly constantly being said to women gendered. Just a tad.

WHY is this impressive? Beer is delicious. Most humans, whether male or female, enjoy the taste. Women who drink beer are almost always called out on it (maybe not by people they see in social drinking situation often, but say, on a first date or with a new social group), like it's some kind of freaking miracle. It's not. Beer good. We likey. This shock, if you really trace it, is tied to an assumption that everything a woman puts in her mouth needs to be as low-calorie as possible, thus the total shock when we're seen consuming something that is full of carbs and sweet, sweet calories.

I'll be the first to admit that I'm buzzed after 3 drinks, and probably never really want to go past a fourth. But once I begin showing liveliness or excitement while drinking, the assumption is that I'm blind drunk, probably because I'm showing a lack of ladylike propriety by being loud or having fun in public.

Guess what? WOMEN KNOW THINGS ABOUT WINE TOO. SOMETIMES EVEN MORE [GASP] THAN MEN.

No bro, in the history of the world, has ever turned to another bro and said "Yo man, that beer is going to make you FAT." So stop saying it to ladies. And ladies, stop saying it to each other, because to paraphrase the wise words of Tina Fey, that only makes it OK for dudes to say it to us. And if someone does mention calories while you're drinking, don't apologize for it. Drink your damn sugar-filled, fat-creating alcohol and enjoy it.

No, you're not right. I've never had one. I don't know many women who have. My friends and I actually once tried to guess what was in a Cosmopolitan, given that none of us had ever had one and people always tend to assume they're the universally favored drink of all women (thanks for nothing, Sex and the City). For the record, Cosmopolitans sound disgusting.

6. "Don't drink too much—you might give the wrong impression."

The wrong impression being that someone might feel like they are entitled to take liberties with you or your body; the impression that you are "that kind of girl". All of this, obviously, is bullshit. A woman can drink as much as she pleases without giving any impression whatsoever. A woman's elevated blood alcohol consent is not a get out of jail free card for sexual assault. If a man drinks too much, it's a funny story for the next day. If a woman drinks too much, it's a crime not only waiting to happen, but one that was asked for.

More like this
10 Pumpkin Recipes That Are Way More Creative Than Pie & Lattes
By Rebecca Deczynski and Alexis Morillo
On TikTok, Tinned Fish Date Night Is The Latest Viral Food Obsession
By Emma Carey
3 Zodiac Signs Most Likely To Be The Center Of Attention
By Nina Kahn
Black Women's Equal Pay Day Highlights An Upsetting Problem
By Brandi Neal
Get Even More From Bustle — Sign Up For The Newsletter