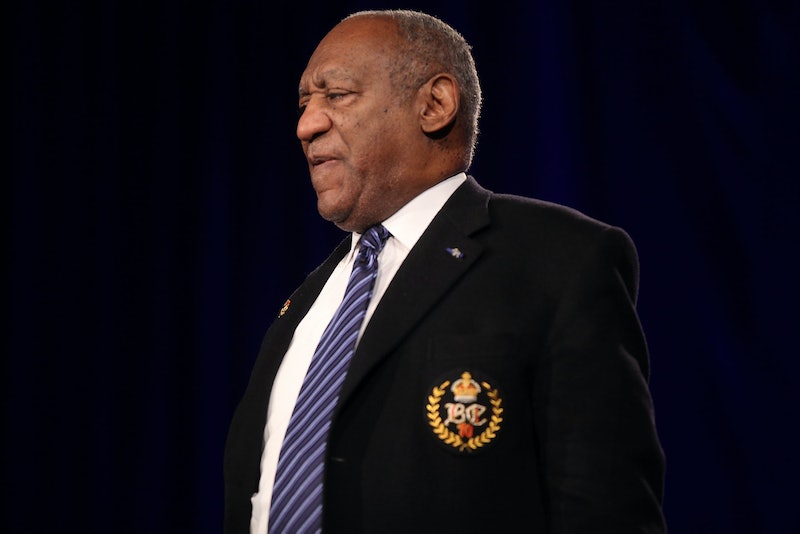 There's scarcely been a day — let alone a week — that's gone by over the past month without another woman coming forward with rape allegations against Bill Cosby. On Wednesday, feminist lawyer Gloria Allred introduced two more women and one previous public accuser to the fray. On Thursday, the Navy revoked Cosby of an honorary title they'd presented him with in 2011. If things keep going this way, the Navy surely won't be the last entity to sever ties with the legendary comedian.

Three years ago, Cosby received the title of Honorary Chief Petty Officer. According to the statement, Cosby served in the Navy for four years in the late '50s as a hospital corpsman, leaving as a 3rd class petty officer. Now Navy Secretary Ray Mabus and Master Chief Petty Officer Michael Stevens has announced the revocation of his honorary title. From the statement on the official Navy website:

The Navy is taking this action because allegations against Mr. Cosby are very serious and are in conflict with the Navy's core values of honor, courage and commitment.

In September, the Navy dropped CeeLo Green from a scheduled performance after Green tweeted some incredibly questionable things about what constitutes rape. Their statement then was similar, stating that Green's comments were "completely inconsistent with Navy core values."

Honorary Chief Petty Officer is far from the first title that Cosby has received over the decades from various institutes and organizations. My own alma mater, Oberlin College, presented Cosby with an honorary degree in 2010. Boston University is another school that gave Cosby an honorary degree. Time will tell if they, too, decide to rethink the honor.