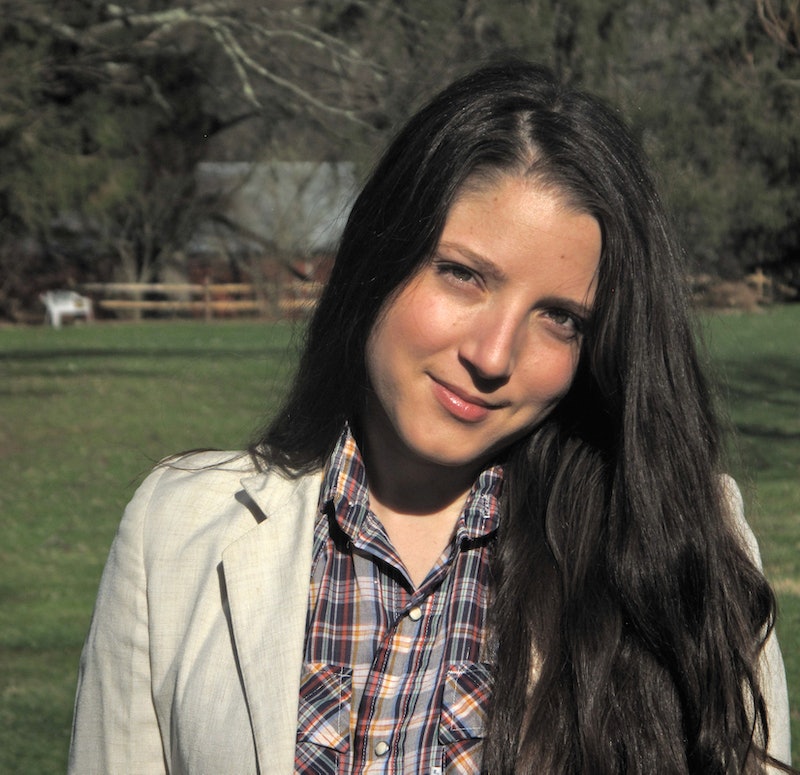 Goya’s Drowning Dog is at once pathetic and tragic. The painting, the most simple image of the artist’s famous Black Paintings, depicts a black dog struggling to keep his head above the water of a copper-colored ocean, just as another wave approaches. The work is suspended in that moment of dread just before that fatal wave crashes down the on the poor pup’s head.

It is in a similar moment that Koren Zailckas’s impressive debut novel Mother , Mother (Crown) takes place. However, for the Hursts, a highly dysfunctional well-to-do family of suburban New York State, this moment of terror before the final blow lasts a whole week.

This engaging, well-crafted novel opens the morning after the Hursts' teenaged daughter Violet, high on LSD, pulls a knife on her mother and injures her little brother Will when he tries to grab the blade away from her. Will and his mother try to resume their homeschooling lessons as usual. Violet wakes up hazy in a psychiatric ward, unable to remember the previous night’s events.

Breaking through this haze, both literally and figuratively, is the novel’s task. Told from the alternating perspectives of Violet and Will, the book slowly reveals the true nature of their mother Jospehine, a tyrannical and narcissistic woman. Her tough-love helicopter parenting style is reminiscent of the methods championed in controversial mommy-memoirs like Amy Chua’s Battle Hymn of the Tiger Mother or Pamela Druckerman’s Bringing Up Bebe. She demands obedience from her children and punishes them if they do not comply; Josephine, however, is much more sadistic than the model recommended in Chua or Druckerman’s books. In one particularly painful scene, she makes Will stand on the balls of his feet and press his nose against the wall, touching it on a “Great Job” sticker, until he collapses.

With each passing chapter, Zailckas masterfully leads readers to realize just how manipulative Josephine Hurst is. At first, Josephine seems overprotective, but benign. Her son Will, a sweet and earnest boy, adores her; it is hard, therefore, to fully accept the view of Violet, the rebellious, bizarre daughter with a penchant for Eastern religions, who hates Josephine and refers to her as her “womb-donor.”

There are signs of what is to come, though. Zailckas skillfully weaves omens into her descriptive prose (the house phone, for example, is described as “screaming in its cradle”) that it is as if everything comes clears for readers too when Violet learns she was right about her mother and her brother reveals himself as a young, less violent version of Norman Bates. Violet, after all, was right not to buy into her family’s “mass psychosis or magical thinking” that positioned her as the troublemaker and liar and them, especially Josephine, as the well-meaning innocents.

But much too the Zailckas’s credit, the novel does not seek to blame Josephine or vindicate Violet. While Violet may share some traits in common with the female protagonists of Prozac Nation, The Bell Jar, or Girl, Interrupted, Zailckas’s novel is a family story; her smart dual perspective narration saves her work from becoming just a limited, vengeful story of a wronged teenager.

Rather, the novel is rather compassionate toward Josephine, despite what she does. We see her weaknesses: she, for example, leaves the image of Goya’s Drowning Dog on her desk, presumably because she identifies with it. Later on, the ever-appearance-conscious woman refuses to turn herself in for arrest until she gets her makeup down and buys a new outfit. In fact, by making Josephine such a ridiculous character the novelist elicits the reader’s sympathy, reminding us of the George Barnard Shaw quote that prefaces the novel: “a family is a tyranny ruled over by its weakest member.”

More like this
'Mayfair Witches' Already Changed 2 Major Characters From The Books
By Grace Wehniainen
The Bachelor’s Christina Mandrell Comes From One Of Country Music’s Most Famous Families
By Brad Witter
Prince Harry Incorrectly Recites Christina Aguilera’s “Genie In A Bottle” Lyrics
By Jake Viswanath
I Read Prince Harry's 'Spare' So You Don’t Have To: 11 Highlights To Know
By Marina Watts
Get Even More From Bustle — Sign Up For The Newsletter
From hair trends to relationship advice, our daily newsletter has everything you need to sound like a person who’s on TikTok, even if you aren’t.