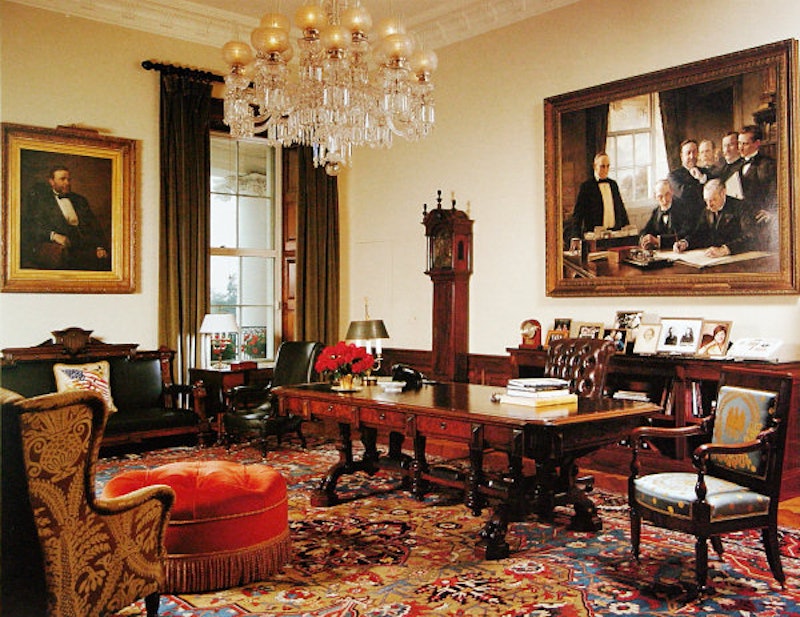 Everyone's favorite Bush is back in the spotlight, and for once, it's about love, not war. In living up to her somewhat, shall we say, rambunctious reputation, Jenna Bush Hager admitted to "a little hanky panky" on the White House roof during her time as one of the First Children of the United States. Don't get too excited — "hanky panky" joins the rest of the ambiguous terms for romance (seriously, does anyone really know what "hook up" means yet?) and Hager kept it strictly PG-13, saying that she and her now-husband may have shared a kiss. Pretty bold, considering the snipers that are supposed to be patrolling the roof at all times, right?

Hager's big confession came on Wednesday's episode of Watch What Happens Live with Andy Cohen, when a viewer called in to ask the 33-year-old if she'd ever "fooled around" in the White House. The daughter of the former president may have blushed a bit, but with a family as steeped in politics as the Bushes, she had no trouble recovering, and initially responded, "Listen, a lady never talks." Well, apparently they do, because after a bit more cajoling, Hager finally spilled the beans about her romantic liaisons in the White House. 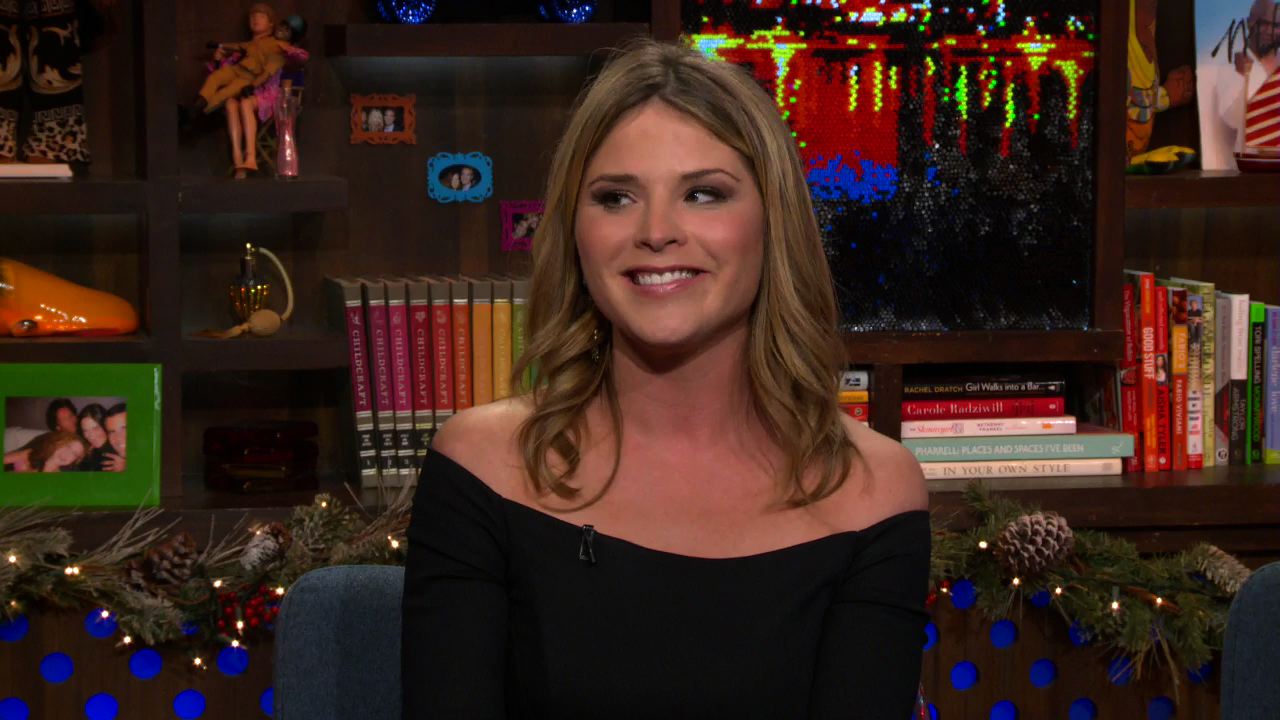 Of course, as exciting as the roof is, the younger of the two Bush twins admitted that she may have "missed an opportunity" when it came exciting escapades in the historic mansion. I mean seriously, with 132 rooms, 35 bathrooms, and 6 levels, the best you could do was the roof, Jenna? Hager did sadly recognize the tragedy of not getting it on in the Lincoln Bedroom, but it seems that there are a multitude of potential hook up, hanky panky locations that have yet to be considered. If that doesn't motivate you to run for office, I don't know what will.

So in no particular order, here are all the other great spots for a kiss in the White House.

Ok so I probably picked this one for the name alone — what better way to seal a bargain (or sign a treaty, in this case), than with a kiss, right?! Plus, this room is used as the president's study, which makes it an even more dangerous (read: exciting) place to meet for a quick peck on the lips. This may have been a slightly awkward choice for Hager, seeing as her father referred to the Treaty Room as "...one of my favorite places in the White House" in his memoir, Decision Points.

2. On the Grand Staircase

Your kiss would have to be pretty epic for it to qualify as a "situation," but just imagine the rush! Of course, it would also be pretty great if the biggest situation the country had to deal with was your kiss.

Nothing says passion like various shades of crimson and its history as a music room. Who knows what can happen after an evening of song and dance!

Alright, let's get serious for a second. If anyone is going to take anyone on a date in the White House, it had better be in the bowling alley in the basement (though I guess the intimate movie theater works too). These two places at least resemble normal environments, and you don't have to worry about George Washington's portrait passing judgment on your kissing partner.

Again, this may be adolescent Lulu speaking here, but isn't this one of the pinnacles of forbidden kissing locations? Where knowledge and passion intersect? Where reading and romance meet? Should I stop now?

8. The White House Office of the Curator

Ok ok, you got me — at this point I'm just listing names in the White House. But kissing aside, how cool would it be to visit this room? The area serves as the museum of the White House, and is the site of all restoration, conversation and study of fine art and furniture used throughout the residence. I'd probably be too nervous to kiss anyone in the presence of such history, but oh, to be a fly on this wall.

More like this
How To Apply For 'Survivor' & Tips On How To Get Cast
By Meg Walters
The 'Bachelor In Paradise' Schedule Shifts To 4 Hours Every Week After The Season 8 Premiere
By Brad Witter
You Can “Fall In Love” At The Resort Where Bachelor In Paradise Season 8 Was Filmed
By Brad Witter
Clayton & Susie Broke Up, Citing "A Significant Amount Of Pain" After 'The Bachelor'
By Jordyn Tilchen
Get Even More From Bustle — Sign Up For The Newsletter