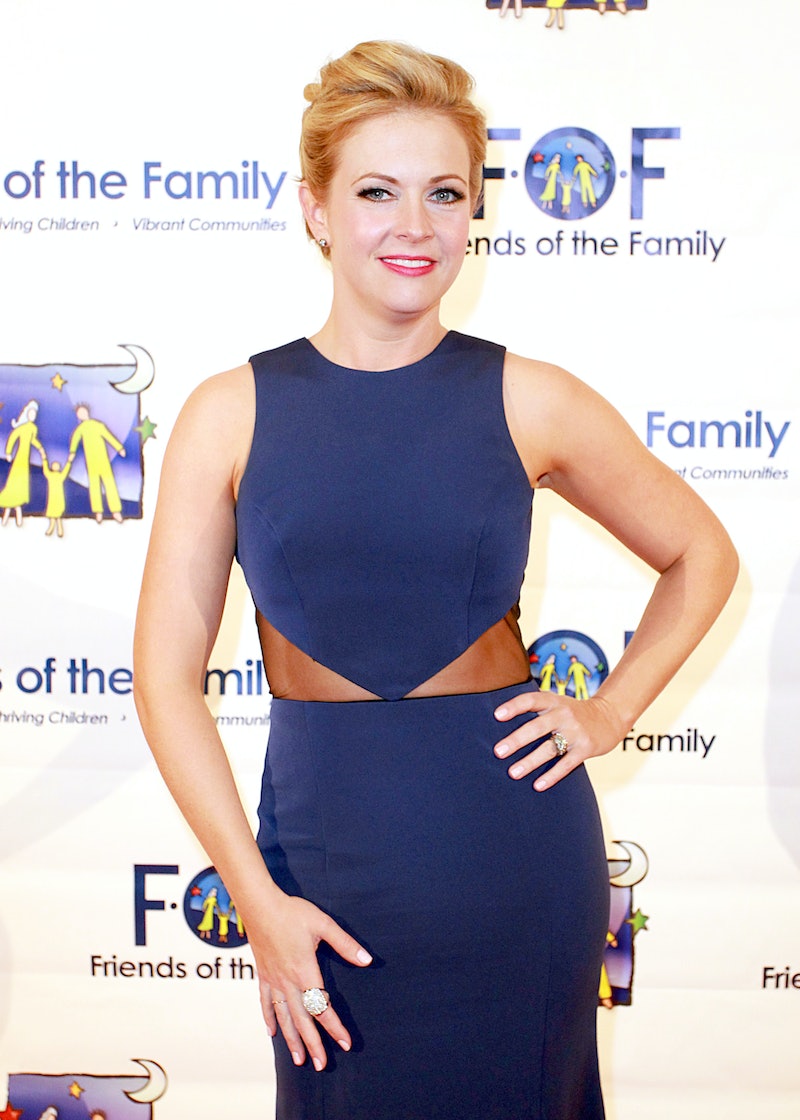 So you're watching Peter Pan Live and getting sucked in by those Melissa Joan Hart Walmart commercials, eh? I feel ya, sister. They're basically why I'm still watching at this point. WHAT IS GOING TO HAPPEN?!?! I NEED TO KNOW!!! I kid, I kid. I'm watching because there's still a chance that Allison Williams is lip syncing. Anyway, that's neither here nor there because we're here for one reason and one reason only: to figure out if that is Melissa Joan Hart's real family in those Walmart ads! Who cares if Peter Pan will ever grow up, when there's a chance I could go on never knowing if that's Clarissa's real man?

Well, if you started thinking this might be a real life fam rather than a bunch of actors when you noticed that Anthony Anderson, of Hart's other Walmart commercial's fame, was suspiciously absent, you were on to something. That is Sabrina the Teenage Witch's real boo and babies. Hart's husband is named Mark Wilkerson and he is a musician in the band Course of Nature. Wilkerson and Hart have been married since 2003. As for the kids, their names are Tucker, Mason, and Braydon. And, as you've seen, they are adorable.

Need more proof that this is Hart's real family? OK, ya weirdo. Here's some photos of the family:

See, they match the looks of the people in the commercials! It's a miracle!

It makes sense that Hart's real family would be used because this is a wholesome family event. If she's got three cute kids who can cuddle in bed with her to hear the story of Peter Pan, why use stand-ins?

More like this
Alicia Silverstone Has Recreated An Iconic 'Clueless' Scene
By Frances Stewart
Selena Gomez Is Fine Being Single, But She Still Manifested Romance On 'SNL'
By Martha Sorren, Jake Viswanath and Jack Irvin
Martin Hancock’s Wife Played A Key Part In His Return To 'Coronation Street'
By Catharina Cheung
Why Sara Pascoe's Husband Is Familiar To Comedy Fans
By Alice Broster
Get Even More From Bustle — Sign Up For The Newsletter