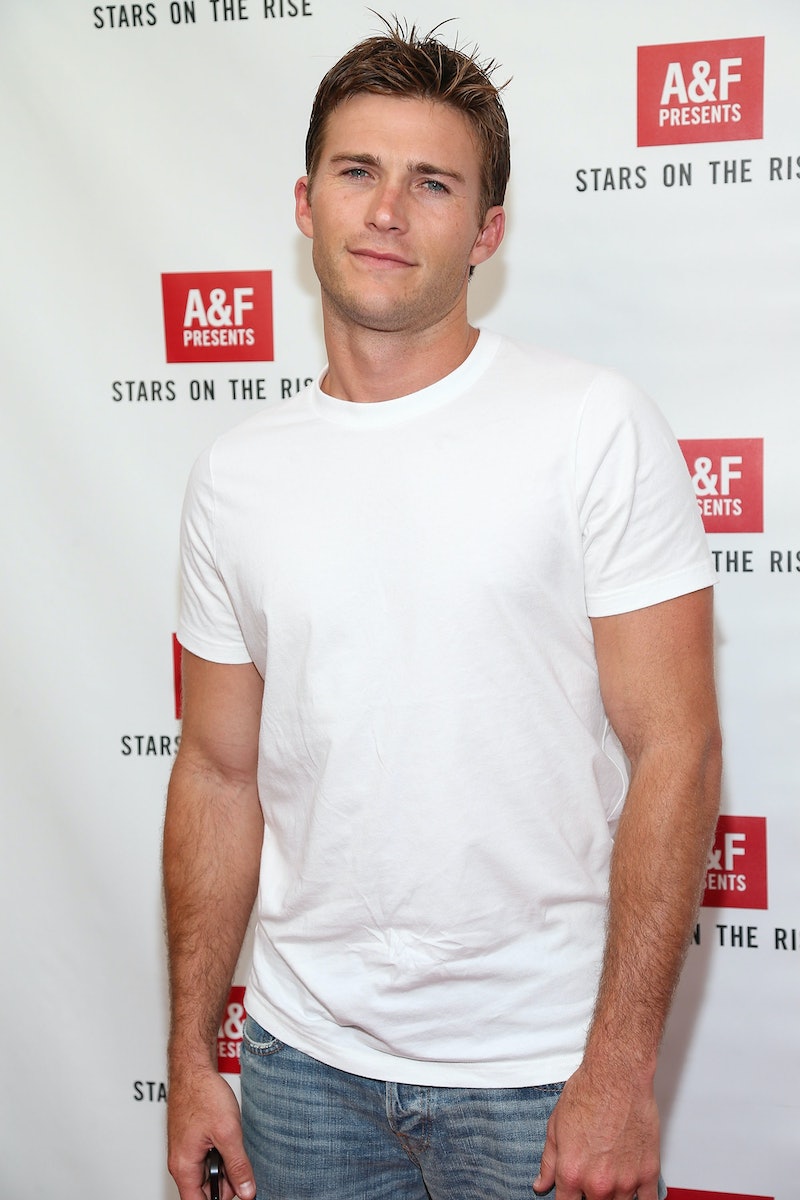 In his ongoing effort to step out of his father Clint Eastwood's overwhelmingly gigantic shadow, Scott Eastwood has been taking all of the seriously serious roles he can get in Hollywood — and, apparently, it's all apart of his master plan. In a new interview for his spread in Town & Country (the MAN issue, of course), Scott explained exactly what type of Hollywood career he wants, and tried his hardest to convince us all that having the last name "Eastwood" did not help him at all:

On working hard despite his famous family:

People assumed that I would have everything handed to me, but that couldn’t be further from the truth. I was on my own just doing the grind.

On what type of actor he wants to be:

I want to be a man’s man—not a kid actor or a glitzy pop star but a no-bullshit leading man.

On some advice his dad gave him, which kind of explains a lot about that disastrous Obama/chair speech at the Republican National Convention:

As a director and an actor, my dad’s motto is ‘Tell the truth.’ The only way of doing that is having life experiences and being a storyteller.

Got that, everyone? Scott Eastwood worked just as hard as everyone else to get his IMDb profile, and he is a MAN'S MAN so that's why we never saw him on his stepmother's reality show, Eastwood and Company. Srs bsns.

More like this
Photos Of The 'Elvis' Cast vs. Their IRL Counterparts Will Have You All Shook Up
By Grace Wehniainen
Here’s How Lizzo Is Supporting Abortion Rights After The Roe v. Wade Reversal
By Brad Witter
Emilia Clarke Remembers Her Broadway Debut As A “Catastrophic Failure”
By Stephanie Topacio Long
Chris Hemsworth Joked That Baring His Butt In ‘Thor: Love And Thunder’ Was A “Dream”
By Brad Witter
Get Even More From Bustle — Sign Up For The Newsletter