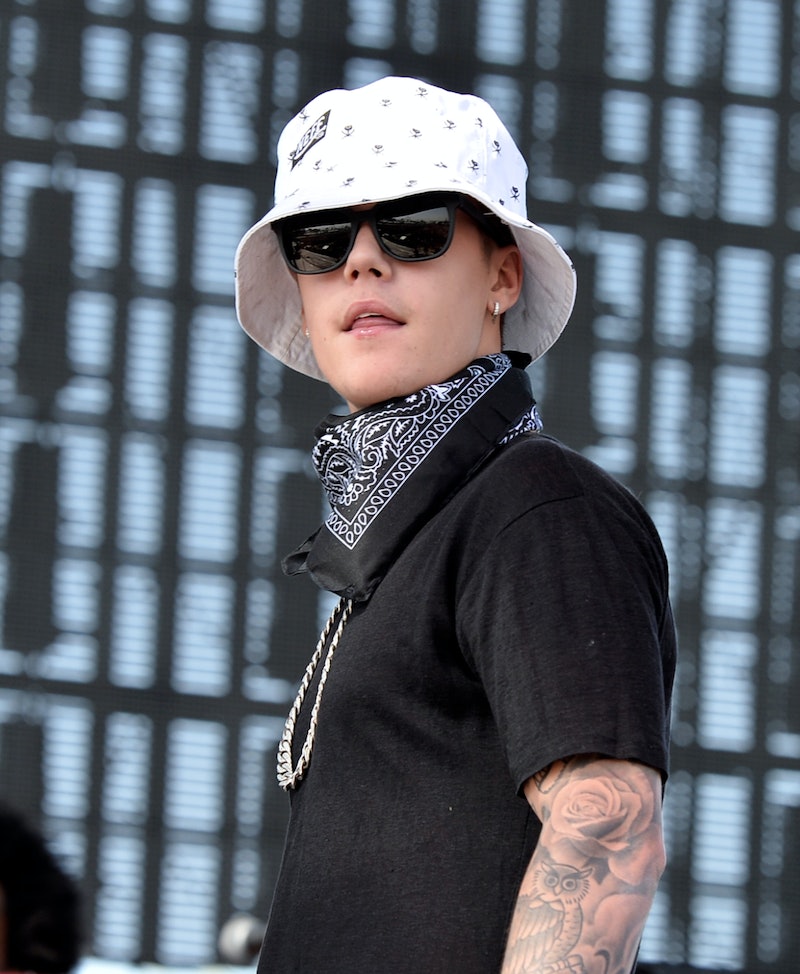 We all know what it's like to make a horrible, spontaneous hair decision, right? From "Oh... well... I'll get used to it..." when you first look in the mirror at the salon, to sobbing on the ride home while you gingergly touch the ends of your strands, to committing to hats for the rest of the month, the stages of hair regret are all too familiar. Justin Bieber just went blonde, and, from the photos that've been released so far, it appears he's having serious bleach remorse already.

According to HollywoodLife.com, Bieber was spotted leaving a salon in West Hollywood on Thursday, hair still as spiky as ever, but with a new, platinum 'do. The photo below is the only one in existence of the singer's latest strand adventure, and he's covering his face with his hat — but we know it's you, Bieber. We'd recognize that little head anywhere.

So, is Beiber hiding his face because he was shedding a tear over the end of his signature dirty-blonde hair? Or was he hoping to make the big reveal on his Instagram, just like Kendall Jenner did when she cut her hair short? Well, personally, I'm waiting with baited breath to catch a glimpse of the platinum in all its glory.