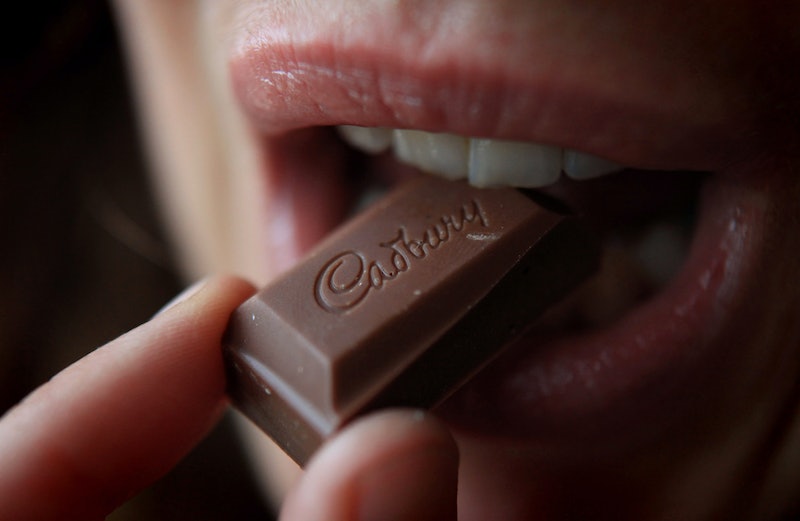 Although the ancient Aztecs strongly believed that chocolate was an aphrodisiac, science has always been skeptical. However, we now have reason to believe that there is a connection between chocolate and love, or between love and sweets in general, thanks to a new study from the Journal of Social and Personal Relationships. In a series of experiments entitled "Sweet Love: The Effects of Sweet Taste Experience on Romantic Perceptions," researchers considered whether a variety of foods would spark feelings of romance among study participants.

Their first experiment involved feeding people either mini Oreo cookies or Lay's Salt & Vinegar Chips (the control group.) They then did the same for Fanta soda and distilled water. According to the researchers, single people who had just been fed the sugary choice (i.e. Oreos and Fanta) were more likely to start picturing hypothetical romantic relationships. Moreover, these singles described these relationships as being committed and satisfying.

Researchers also decided to conduct an experiment in which participants drank either soda or distilled water, and then were asked to view various dating profiles. Again, those who had consumed the sugary choice demonstrated a heightened interest in the profiles, and even rated the daters as being more attractive.

But while singles can reap the romantic benefits of sugar consumption, there's bad news for those in relationships. In case you were thinking that a jar of Nutella could save your sex life, eating sweets didn't seem to have an effect on existing romances in terms of the way members of a couple perceived one another. In general, however, chocolate still may be responsible for raising libido. According to a study conducted by Dr Jennifer Nasser, associate professor of Nutrition Sciences at Drexel University, chocolate consumption causes your brain to release the pleasure chemical dopamine, which could put you in the mood for love.

Of course, like always, there are various confounding factors that may disprove the link between chocolate and romance, but these new findings have opened the door to exploring the relationship between love and taste in general. In their conclusions, for instance, the scientists from the Journal of Social and Personal Relationships suggested doing a future study about whether hot or spicy foods could predict sexual attraction.

Whether or not these findings are conclusive, however, for now there's enough evidence to justify your chocolate craving. After all, it could make you more open to love if you're single, or just provide an explanation for eating a whole box of Oreos while watching Pride & Prejudice. In case of unfortunate timing, however, there's a global chocolate shortage going on right now, so you better eat fast before it all runs out.