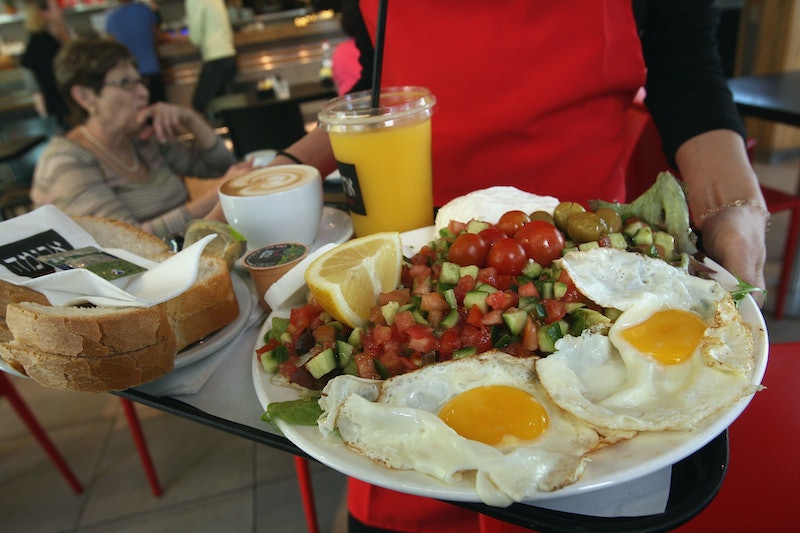 It turns out skipping breakfast might not make you pack on the pounds after all: A University of Alabama-Birmingham research team’s meta-analysis of around 100 studies examining weight change and eating breakfast shows that there’s not enough scientific data to show causation between the two.

Poor breakfast. Its reputation is as scrambled as the eggs on your neglected imaginary plate. Dietitians and nutritionists constantly pick it apart, scrutinizing it until it doesn’t even know what it should be. Bacon and eggs? Cereal and milk? Low-glycemic and high in protein? But I mean, at 6 a.m., am I really evaluating my gastronomic options in terms of phrases like “low-glycemic” — or anything involving more than about two syllables? Muesliiiiii.

To be fair, scientists have been pretty ambivalent about breakfast’s — any breakfast’s — direct ability to affect weight gain or loss for a while. Some are definitely pro-breakfast: It helps break down fat. It helps curb impulsive snacking later in the day. It might even make people feel like being more physically active.

And besides maintaining a healthy weight, there are other health concerns that might come into play if you’re a “breakfast-skipper,” as one study condescendingly calls you. Here's a brief breakdown of breakfast research:

As for this new study tempering the breakfast-skipping paranoia, its authors aren't exactly arguing that morning meals should be skipped: It’s just that it might not be necessary for you to eat first thing in the morning if there’s not really any hunger going on yet.

Instead, the study's authors advocate getting away from “eating by the clock.” Instead, here's a revolutionary concept: eat when your body’s signaling it needs more calories — aka more energy — to keep it going.

Or as Madelyn Fernstrom, the Today Show’s diet and nutrition editor puts it somewhat dramatically, “Let your stomach be your guide.”

Guide on, hunger. Guide on.