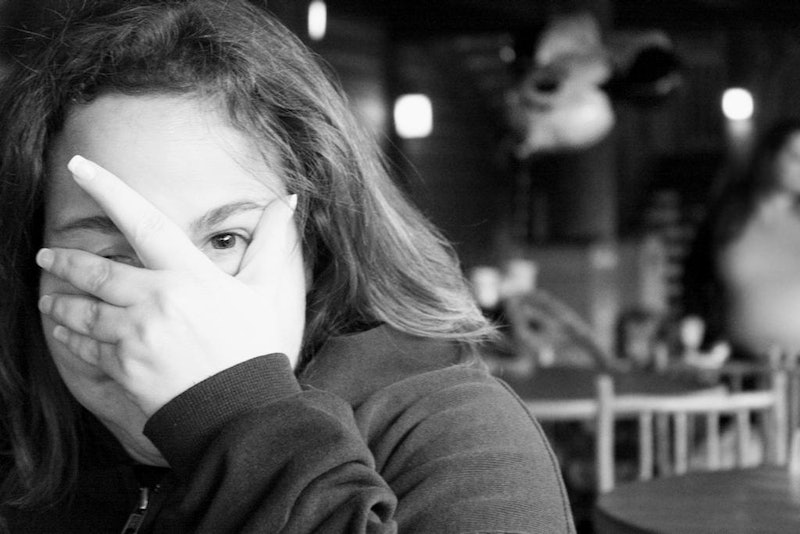 "There is no such thing as a shy woman, or, at all events, I have never come across one."

As legions of shy women can attest, British humorist Jerome K. Jerome, who wrote those words in 1886, had no idea what he was talking about.

When Reddit user zag09 posted the question Monday, "What makes a person shy?", the hundreds of thoughtful comments that accumulated didn't answer that question as much as they explored the challenges of being naturally reserved.

Most of those contributing seemed to be straight men, but shy women (who do, in fact, exist) also struggle with being the person who doesn't speak first, doesn't want to be the center of attention and doesn't connect easily with strangers. It can make dating more difficult. Meeting people in bars? Really, really difficult. The hardest part of all can be that some people never understand — and constantly try to fix you.

To keep the conversation going, Bustle invited readers to share the things no one should say to a reserved woman. Here's what they came up with — plus a few suggestions from us.

This advice, when followed, is good for ending up blacked out and dancing on the bar or passed out at the table. It's unlikely to help you actually connect with anyone. Also, way to make a person feel like you only want to hang with her if she's wasted.

"You just need to put yourself out there." -@karenbbooth

This is sometimes accompanied by a threatening comment regarding one's love life, i.e. "How else are you going to meet someone?" Ah, yes, because the specter of spinsterhood is exactly what's going to draw a person out of her shell. And while we're on the subject of those proverbial shells shy people are said to be in, she's a person, not a tortoise. There is no shell, just a way of interacting that's different from yours.

"Just go talk to them — you're being impolite."

Often spoken by your mother. Clearly the reason you are not speaking is that you intended to be rude. In fact, your goal for the evening was to offend everyone in the room if possible. Does she know you at all?

"'Being shy comes off as unfriendly or snobbish.' I used to be super shy and that made me even more self-conscious!" -@budgieluv23

If someone says this to you, they understand that you are shy, not unfriendly, not snobbish. Why make you feel bad about how people *could* perceive you? The people worth knowing won't mind taking time to get to know you, and they'll value what they find when they do.

"'Speak up!' or 'Say something!' That will shut me right down." -@tung_angela

What adult do you know who likes to do anything when ordered?

"'Do you talk?' with an awkward stare . I find that so rude" -@PR2Politics

If you say this to a shy woman, she will tweet about how rude you are. See, she talks.