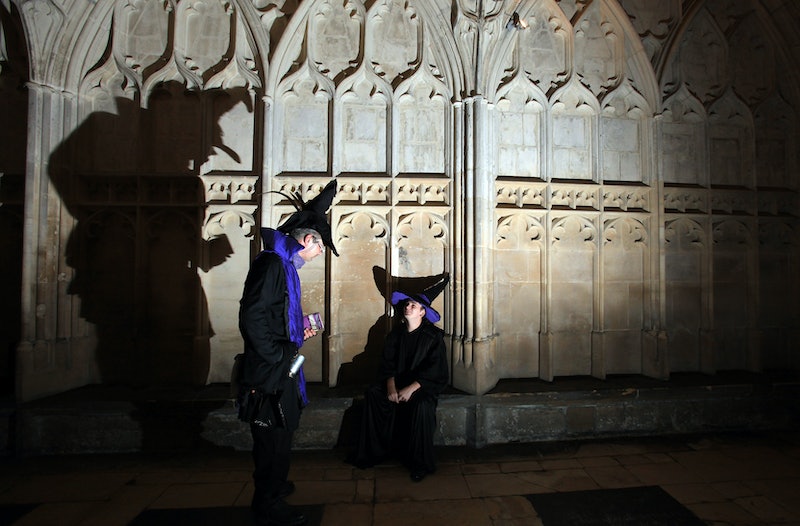 If you thought fans of the Harry Potter franchise had been in hibernation in the time between the premiere of the final film and the announcement of Fantastic Beasts & Where to Find Them, you were wrong: Harry Potter fans have spent the time rallying as activists, fighting for the principles behind the world's favorite magical series. And this time they're taking on the big kahuna: Warner Bros.

There's always been an oft-spoken of symbiotic relationship between fans and the studios responsible for creating the work those fans love. There's also been an underlying tension. They create the work (or at least bring it to us), yes; but they're also the ones responsible for messing them up.

And there are many scenarios that can carry the weight of this tension: The blundering of a book's canon, the mistreatment of a character, the failure of a studio to fully grasp the thematic elements that first made the source material so special, the list goes on and on. Each error can isolate the fan communities huddled around these works, particularly when that bungling of philosophy extends past the films themselves and into the marketing products sold and used in the real world.

It's this issue that the Harry Potter Alliance — a national non-profit that's raised hundreds of thousands of dollars for a wide range of causes, of which I should disclose I co-chaired a branch back in my college days — has taken up with Warner Bros.' alleged use of non-fair trade cocoa in the making of the Chocolate Frogs they market to lovers of Harry Potter and chocolate alike.

The HPA, which unites activists the world over through the ethics presented in the Harry Potter books, says Warner Bros.' actions on this matter go against some of those very principles explored throughout the books and movies — Hermione Granger started an activist group against slave labor, after all, and so it's troubling that a candy inspired by the books would then be made by real-world farms allegedly using child slaves. So, HPA is calling for a boycott.

For those eager to dismiss the Harry Potter Alliance as a bunch of butt-hurt fanpeople: First of all, that's condescending as hell, so stop it. Second: The Harry Potter Alliance has a noted history of bringing rallying fans to do real-world good. Some stats: They have around 100,000 activists claiming affiliation, 140 chapters worldwide, and after the 2010 earthquake in Haiti, they raised $123,000 in two weeks, using the money to send five planes full of aid to help out.

It could be argued that the first initial boom in the popularity of the Harry Potter books ushered in a whole new era of fandom. The zines and snail-mailed fan fictions born from Star Trek's original devotees wound down leading up to the birth of the Internet and the boy wizard, and the early forums and fan-fics were largely dominated by those who loved Harry Potter. Potter fans are a massive and powerful group, and what more is needed to make real-world change than a sizable population devoted to a strong philosophy?

You can read more about the HPA's efforts — as well as comments from HPA founder Andrew Slack — over at The Nation, but Avi Rabin-Havt said it well:

The Harry Potter Alliance’s campaign against Warner Bros. represents a new paradigm in activism. Previously, fan subcultures were primarily known for attending conventions, wearing costumes, and providing income to mostly forgotten actors. The most organized fan campaigns of the past often centered on preventing a favorite television show from being canceled. Slack says the Harry Potter Alliance demonstrates that fans can use their creativity to pursue greater causes.

And hey, Dumbledore's Army has a pretty good track record.

More like this
At 14, Jenny Han Wrote Rom-Coms About Her Friends & Fan Mail To Leo DiCaprio
By Alyssa Lapid
The 'Spiderhead' Movie Ending Is Nothing Like The Short Story It’s Based On
By Morgan Leigh Davies
Everything You Need To Know About The 'Knives Out' Sequel
By Grace Wehniainen
The 'Hocus Pocus' Sequel Finally Has A Release Date & It Makes Total Sense
By Shannon Barbour and Radhika Menon
Get Even More From Bustle — Sign Up For The Newsletter