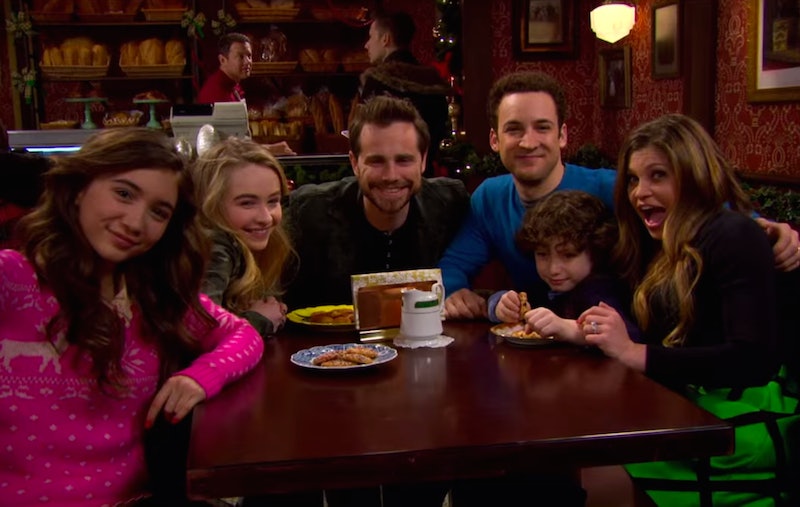 All throughout elementary and middle school, I’ve grown up loving American television shows. That may sound like an obvious statement (I mean, what kid didn’t?) but since most of my childhood was spent living overseas in Egypt, whenever Western children shows broadcast in Cairo on Cartoon Network or Disney Channel, I pretty much obsessed over them. So, to say shows like Boy Meets World, which was one of my all-time favorites, hold a special place in my heart is quite the understatement. So after I learned that Disney Channel had plans to create a spin-off, Girl Meets World, featuring Cory and Topanga as parents with their daughter Riley, I was excited, to say the least. But now, after hearing that Girl Meets World is bringing back Boy Meets World stars Shawn, Eric and Mr. Feeny for its second season? I'm ecstatic.

The announcement, which was made on Dec. 3, had many Boy Meets World fans in complete shock — but quite obviously left everyone with a lot of excitement as well. Cory, Eric and Shawn are basically like the three musketeers (or maybe the three stooges is a better fit?), so I can’t wait to see how they act together now that they’re all grown up.

However, as the major characters come back to life on our TV screens, this reunion makes me wonder what else I can expect from Girl Meets World. For instance, what other Boy Meets World characters, if any, will we see return in future episodes of its spin-off?

Though it may be too early to tell, these important Boy Meets World characters should definitely be taken into consideration.

Poor Weasel, everyone forgets about her. Played by Lindsay Ridgeway, Cory and Eric’s funny little sister Morgan, the youngest Matthews, never gets the attention she should. And considering the fact that the rest of the Matthews family reunited for the Girl Meet’s World Christmas special on Dec. 5 — including Cory's parents Alan and Amy — it doesn’t seem right that the whole family won’t be there.

Jack (Matthew Lawrence) and Rachel (Maitland Ward) were basically a package deal; they did both leave to join the Peace Corps together after all. But, if I only had one choice, I’d definitely go with Jack. Swoon. Plus, if Disney Channel is going to bring back both Cory’s big brother and best friend, then I don’t see why it can’t bring back Shawn’s big brother and Eric’s best friend as well. Makes sense, right?

Despite her tumultuous relationship with Shawn, Angela (Trina McGee) was one of the coolest female characters on Boy Meets World. After her abrupt departure from the show when she leaves with her father to move to Europe, we were left with a huge cliffhanger, wondering if Shawn ever had plans to propose to her. Bringing her back to Girl Meets World could help answer all our questions...just sayin'.

RIP, Chet. So I’m fully aware that Chet (Shawn and Jack’s father) died of a heart attack, but that didn’t stop him from appearing in future episodes of the show in Shawn’s memories. I can’t be the only one who loved this complex Boy Meets World character, right? Can’t they do a flashback again?

OK, so I know that Mr. Feeny’s role has already been confirmed for Season 2, but aside from the writers saying that he, Shawn and Eric “will be an important part,” of it, I have no idea if he’ll start playing a consistent role on the show. However, it’s pretty obvious that he should be, because:

That's all the reason in the world to make him a regular.