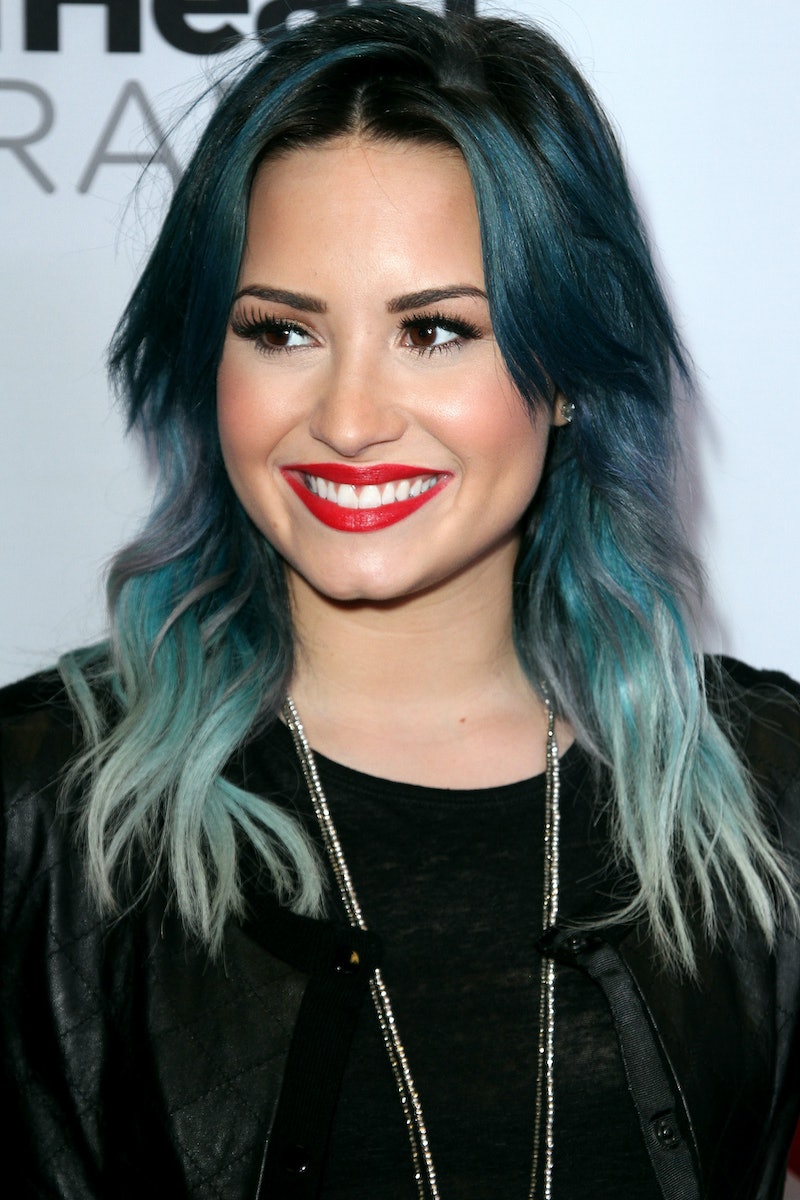 For everyone who thinks you can be "cured" of anorexia or bulimia, Demi Lovato wants you to know having an eating disorder is an ongoing struggle. Fortunately Lovato's recovery has been made a little bit easier by her boyfriend Wilmer Valderrama's support. The singer is well-known for her outspokenness about her struggles, even sharing details from her own time in rehab spent battling anorexia and bulimia, among other things, in 2010-2011.

But though she's been lauded for her strength and body positivity since then, just because she's no longer in treatment doesn't mean the hard work has stopped. Lovato recently revealed to Fitness magazine that in the summer of 2013 she considered getting treatment again because things had gotten so out of control.

"It was difficult. I almost went back to rehab for my eating disorder last summer," she told the magazine. "I was obsessing over food and terrified of it at the same time." Fortunately Lovato says Valderrama helped her through it and held her accountable for her recovery. "Wilmer noticed and called me out on it, which was a relief. I was done being afraid of food and so tired of overeating and not knowing why I did it," Lovato said.

With his encouragement, Lovato stayed strong and continued her battle against the anorexia and bulimia she's been dealing with since she was eight. She told Fitness that she's proud of her ongoing success and relationship with her body.

I've learned to appreciate my body for it is. I recently saw pictures from my first tour, and I spent that whole summer performing in the heat in a red leather jacket because I was ashamed to show my arms. And that was when I was 105 pounds! This tour, I've had the confidence to show my arms at every single concert. It may seem like a small thing, but for me, that's huge ... I'd rather be strong and happy than be what society thinks is thin and perfect and be miserable.

It's important to remember that it's not a choice to have an eating disorder, and even those who overcome the disease are constantly in the process of sustaining that frame of mind. There's no magical solution to staying healthy, but it helps that Lovato has the support of a loved one in her boyfriend Valderrama. And in turn, her willingness to be so open and talk about the struggle and how she deals with it is sure to help inspire many other young women to get better and stay better.