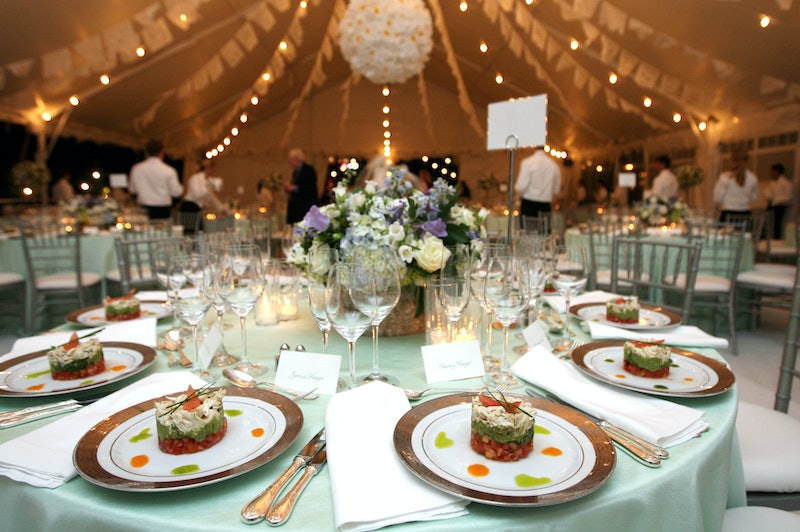 It's widely agreed upon that the internet is good for two very different things: porn, and ridiculously cute videos that restore your faith in humanity, usually starring cats. And just when you think the internet can't top its latest cute video, it produces something like this wedding party's dance to Michael Jackson and Justin Timberlake's "Love Never Felt So Good." Technology is a wonderful thing.As reported by Mashable, guests at choreographer Teddy Forance's wedding knew to expect some incredible dance moves at the reception, but nobody anticipated that the groomsmen would completely steal the show. However, that's exactly what happened when they took to the dance floor to show off an incredible choreographed dance number to Michael Jackson and Justin Timberlake's (equally amazing) "Love Never Felt So Good." The groom, who appeared in Step Up Revolution in 2012, performed with his wedding party... who just so happen to be members of his dance company Shaping Sound, according to ABC 7. The fact that they're all professionals doesn't take away from how incredibly magical the video is. There are pyrotechnics, people. If you need a pick-me-up today, watch this video three times in a row, and I guarantee you'll find yourself dancing in your chair along with the wedding party. It is kind of hilarious to imagine if there had been one lone groomsman who wasn't a dancer though.

As it turns out, weddings are chock full of opportunities for sickeningly adorable videos. Like...

According to the Huffington Post, Stephanie Huntington and Bradley Bredeweg had been "obsessed with Britney their entire friendship," so he found the best way to incorporate her into Huntington's wedding.

Father-Daughter Dance Turns Out to Be a Medley

So many kudos to this dad for learning the stanky leg for his daughter. Or maybe it was the other way around... we'll never know.

Technically it's not part of a wedding, but it has more than 50,000 views for a reason. This video of a man proposing to his girlfriend with the help of his friends and family, and most importantly, Bruno Mars' "I Think I Wanna Marry You," makes me smile ridiculously every time.

What is it with grooms and having surprisingly fabulous moves? Bonus points for him leaping over the head of a groomsman standing up.

It's a classic for a reason. Posted way back in 2009, the JK Wedding Entrance Dance, set to Chris Brown's "Forever," remains adorable just because everyone looks like they're having so much fun.